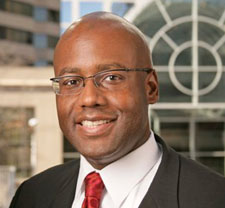 When John M. Lewis Jr. took over as chief executive of the Greater Richmond Transit Company in 2005, he met with the board of directors to develop a strategic plan for the bus system. An 18-month study discovered a great deal of inefficiency.

Part of the plan to improve the system is renovating the train shed behind Main Street Station to be the bus system’s central transfer station. Another component is to create a Bus Rapid Transit system along Broad Street with a dedicated bus lane and station stops. The third piece is a facility to replace the garage and headquarters at Cary and Robinson streets in the Fan. The plan is to be implemented within the next six years.

Richmond BizSense sat down with Lewis to find out more about Mission 2015, what the changes mean for the city and how the recession is affecting everything from ridership to fuel prices.

Below is an edited transcript

Richmond BizSense: What problems facing GRTC do you hope to address with Mission 2015?

John Lewis: There are way too many transfers happening on the street. On average we move 40,000 people a day. Over 25 percent of them need to take more than one bus to get to their destination. We also take up way too much real estate in the downtown area. Some of our bus stops are 150 feet to 200 feet long. That’s 10 to 15 parking spaces for cars that could be better utilized to support business downtown. Having a transfer center, where we can move that activity off of street corners and put it in transportation facilities, will greatly enhance our system, efficiency and customer service.

RBS: What is Bus Rapid Transit, and how will it improve GRTC service?

JL: On any given weekday, over 700 vehicles operate on Broad Street. That corridor is ripe for a higher level of transit service. If money wasn’t an option, we’d be talking about rail. Since that is up to $25 million a mile to build, we are going to take an interim step with Bus Rapid Transit.

You have bus stations instead of bus stops, so we will be operating much faster along the corridor because you are not stopping every block like we currently do. We will use high-capacity, high-tech vehicles.  You can get over 100 on board the BRT vehicles. The current GRTC bus has a capacity of 40.

RBS: We’ve heard you are doing some interesting things with GPS technology. How are you using it to improve the bus system?

JL: We have invested in the last year in GPS technology. It allows us to manage our fleet from a central location and to push real-time information to our customers.

At our stations, transfer station and major stops downtown, we will begin roll out over the next 60 days large LCD signs that give information on when the next bus will arrive. We will also push the information out to PDAs, cell phones and computers. A customer can subscribe, and we will send them an alert when the bus is five minutes away, rather than [them] waiting outside on the corner hoping the bus is on schedule.

RBS: You are planning a transfer station at Main Street Station, but the Shockoe Bottom Neighborhood Association recently came together in opposition against the plan.

JL: I have a letter from Mr. Napier [the SBNA president], and they outline five issues. Four of the five issues we absolutely agree with. Number one, they want clean vehicles in there. We are replacing our fleet over the next eight years, and we are looking at hybrid technology or compressed natural gas.

Fourth, they wanted to be involved in the process. I believe they have been involved. We created a community group that at every point [where] we have reached a change in design or finished a design, we have gone to them and shown them. We’ve made changes based on their input. If they want to be at the design table, unless you are an architect or an engineer, it’s not going to happen.

The last one: They think it would be better located somewhere west of there. I disagree. There are good issues and real issues. If the issue is you just don’t want us there, I can’t answer that.

RBS: The new GRTC headquarters and garage is being built on Belt Boulevard. What is the status of that project?

JL: That is a $42 million green facility. We are probably about 70 percent complete with the construction. I anticipate moving some time in October or early November. Finally we will be out of this location that is over 100 years old. This is six acres. We are going to 12 acres. As our system grows, we need room to grow with it.

RBS: What happens to the old facility?

JL: I have 10 underground tanks here, so there needs to be some environmental cleanup, and we will do that once we leave. I believe there is nothing really bad, there is nothing glowing or leaking. We’ll clean up, then our goal is to put this asset on the market. The cleanup will take probably six months to a year. Hopefully in a year and a half or two years, the economy will rebound, and we will be at the right point where we can get a great value for this asset. We’d like to partner with the developer where GRTC can get some long-term revenue over 10 to 15 years in a partnership based on the value of this property and some percentage of increased profits as a result of that development.

How we are funded isn’t sustainable in the future. We have to go to local government every year and ask what they can afford to give us. We are lucky if we are flat-funded this year, which means we get the same amount we got last year. Which really is a cut, because everything costs more. We are probably one of the few systems in the nation of our size that doesn’t have a dedicated revenue source.

RBS: Without dedicated funding, where does the money for Mission 2015 come from?

JL: For the transfer station, we were successful in getting some stimulus funding, and I believe we will get more stimulus money to complete construction. Next year the federal government will be reauthorizing a surface transportation funding bill. We will go after that to fund the Bus Rapid Transit. That is how we funded the new facility. The cost of operating we believe we will get from the efficiency we will gain from not having every GRTC vehicle having to go downtown. If I can cut back from 700 vehicles to 300 vehicles a day, I get significant savings and can still move the same amount of people along that corridor.

RBS: How has the GRTC been impacted by fuel prices, and what are you paying now?

JL: We hedge our fuel purchases. We are at the end of our current contract. It was a one-year contract; we were paying $2.61 for a gallon of fuel. It was a great investment for us, particularly last summer when diesel prices were over $4. We saved millions of dollars. Now the interesting thing, despite the fact that gas prices have been so low, the market is not as stable as people believe.  Last year was a year contract, now I cannot get anyone to quote me beyond six months. Our new contract takes us from April to October, and we are paying $2.63. We locked into that price in December.

RBS: How do you plan to tackle the long-term increase in fuel prices?

JL: We are looking at hybrid vehicles – just like cars, it gives you better per gallon mileage. In my opinion the ultimate answer is hydrogen technology. There are three companies in California who are piloting hybrid bus technology; the problem is those vehicles cost $2 million apiece. Until the price comes down, it just isn’t feasible. Until we get there, what you have is hybrid electric and compressed natural gas. The per-gallon equivalent of CNG as compared to diesel fuels is significant cost savings. The problem we have is the upfront capital costs. Those vehicles are about $50,000 more each, and we would have to build a fueling station, which is expensive. With the safety precautions you would have to add to our new facility, it would take those capital costs to $10 million to $15 million.

RBS: How has the recession affecting ridership?

JL: It really is interesting. The economy is certainly affecting people in many different ways. Suburban riders who work downtown are saving money and looking to make use of public transit. Our suburban ridership has been up 10 percent to 20 percent for the last two years, and it continues to rise to the point where we are having trouble keeping up with demand at our suburban park and rides.

But if you are a transit-dependent person who doesn’t have a car, they are riding smarter. What we find anecdotally: Rather than taking one trip to go to work, another trip to see a friend and a third to go grocery shopping, people are combining trips. While our express service is rising, we are seeing a slight dip in our regular service. Overall our ridership is a little bit higher.

RBS: Has ridership fluctuated along with gas prices?

JL: The increase in express route ridership really started right after Hurricane Katrina when fuel prices jumped. That number has continued to increase, even though gas prices have fluctuated. For whatever reason, saving money or helping the environment has gotten that person to change their commuting habits. Once they get on the bus, they find out we are efficient, effective and comfortable, and they’ve stayed with us. We’ve never seen a drop in our express service even though gas prices have wildly fluctuated. Matter of fact, October of last fall, gas prices were lowest they had been in the last three years. GRTC served 1 million people for the first time in its history that same month.

RBS: Last fall you proposed seven routes to be cut or eliminated. What is the status of those cuts?

JL: This was before the economy tanked. We wanted to come up with a logical way of measuring the performance of each of our routes. One of the measures is fare box recovery. That’s the amount of the cost of operating the vehicle that you receive in fares on that trip. Our goal is 45 percent. Systemwide, we are running about 48 percent.

The cost recovery on some of those routes was less than 10 percent. That is just not a sustainable business model. No other business in the world would continue with a service that was recovering only 10 percent of the cost. The board and I believe we should operate as much like a business as possible.

We have an express route to Stony Point Fashion Park that has never worked and shouldn’t be in the system. We average one and a half bodies a day; there are several buses a day that go out there with no one on it. Because it is a political issue, it takes the business decision away from us. We laid out the cost recovery; we just haven’t been able to get political will to eliminate those. They cost us $80,000 a month to operate.