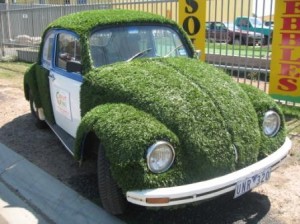 At number six, Charlottesville is near the top of a list of American cities most interested in hybrid and alternative-fuel vehicles, according to rankings released by Cars.com today.

Richmond fell in the middle of 210 cities nationwide, coming in at number 109 just one spot below the Hampton Roads area. Harrisonburg was ranked 58th.

The rankings were calculated from the number of searches for alternative fuel vehicles compared to the overall number of car searches in each market. Cars.com is a classified site for car sales, as well as a provider for consumer research information.

Charlottesville was among several other smaller college towns with large state universities to make the top 15 cities, including Gainesville, Fla. and Madison, Wis.

Eugene, Ore. was the number one city for hybrid-vehicle shoppers. Laredo, Texas came in last.