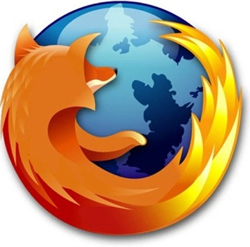 Six years ago, Internet Explorer was the bully on the playground. Explorer showed up in 1995, punched poor Netscape Navigator in the stomach, shoved it in its locker and by 2002 – 2003 Explorer had a 95 percent usage share for web browsers. The janitor let Netscape out of the locker but it was never the same again. Today Navigator has less than 1 percent usage share, down from more than 90 percent and AOL has discontinued development of the browser.

Oh how the once-mighty do fall.

Today, Microsoft is getting a taste of its own medicine. While Explorer is still the big man on campus with a nearly 60 percent share of the browser market, upstarts are starting to carve out big chunks of Microsoft’s market. And no company has done that more effectively than Mozilla, whose FireFox browser now has nearly a third of the market, according to tracking firms.

In June, Mozilla released FireFox 3.5, and since then FireFox has expanded its user-base to 30.33 percent. See the stats here.

And with good reason, too, because 3.5 is the wizardry that FireFox fans have been begging for. After the disappointing release of FireFox 3 and the impressive launch of the lighter, faster Google Chrome, FireFox had some catching up to do. FireFox 3 was clunky, crash-prone and slow to load. But 3.5 bills itself as the fastest version of FireFox. And it ain’t lying.

For business owners who spend most of their day in front of the dull light of the computer, 3.5 is now the best browser out there, and that will make work that much more pleasant.

Downloading the latest FireFox took all of 20 seconds. From there I was up and running. The first thing I noticed was that it loaded quickly. Back when I was using FireFox 3, I remember that I used to lean back in my computer chair and stare at the ceiling for about 25 seconds or so. When 3.5 started to load, I leaned back and got ready to space out but to my shock, it was up and ready to browse in about 3 seconds.

My second test was to open as many tabs as I could to try and crash my new toy. Foiled! I opened 30 tabs and FireFox kept on chugging. It even has scroll arrows to go between the huge number of tabs I’d opened (I had opened every political blog and business news website I could think of before I quit).

The stability of FireFox 3.5 is its main selling point. There is nothing worse than losing your entire session. Even in the unlikely event of a crash, FireFox will save your session and load up from exactly where you were. But go ahead and try to crash it, I threw everything I had at it (I was on G-Chat, Facebook Chat and I Tweeted all on the same session while streaming videos on Youtube and playing internet chess, which I lost cause I was distracted)  and it was just as fast as when I loaded it up.

But 3.5 has other nifty features. As always, it comes with a dazzling array of add-ons including my usual favorites, GMail manager and Morning Coffee, which is an add-on that loads up my morning reading list in the tabs automatically the first time you open the browser (Wall Street Journal, New York Times, Politico, Tech Crunch and BizSense).

The bookmark feature is as useful as it ever was. FireFox pioneered the bookmark word by removing it from an annoying sidebar and putting it right below the address bar. Although, here I think Google Chrome has one-upped FireFox because when you open a new tab in Chrome, instead of a blank page you see icons and links to your most visited sites – a handy-dandy little feature.

For those of you who care deeply about privacy (or who don’t want your boss to know that you’ve spent all day bidding on vintage comic books on eBay ) The new 3.5 has a feature called private browsing. While that feature is on, nothing you do will appear in the history. And as always, FireFox makes it easy to clear your browser of cookies and history with just two clicks.

FireFox 3.5 is an efficient and powerful browser. If you are looking for something that keeps your online life as organized as it is going to get, download it today. It will take less than a minute. Oh, and for you Tweeters out there, Twitter seems to have worked out some special deal with FireFox because Twitter has a bunch of cool features that are only available through 3.5, including dropdown menus on each tweet and contact which direct you to any number of Twitter tasks like direct messaging, re-Tweets and blocking contacts.

This review was kind of disappointing: “I opened 30 tabs and FireFox kept on chugging.” — Is this somehow different than your prior experience? Many Firefox users have used large numbers of tabs for years. “It even has scroll arrows to go between the huge number of tabs I’d opened” — Firefox has had this since version 2. “3.5 has other nifty features… it comes with a dazzling array of add-ons” — Supporting add-ons isn’t a new “nifty feature” of 3.5, and no version (3.5 or before) has actually “come with” those add-ons. “Morning Coffee, which is an add-on that… Read more »