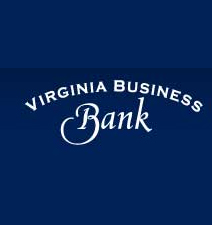 Time for Plan B.

After almost eight months of operating under a strict regulatory turnaround/survival plan and having moved on to its third president since the fall, a Richmond-based bank has been forced to rethink its business plan and might reinvent itself if it can secure a fresh round of capital.

Since August, regulators have been watching Virginia Business Bank’s every move after it found itself with mounting losses thanks to a deteriorating loan portfolio built almost entirely around commercial real estate.

According to its chairman, Mark Hourigan, the bank was hurt by a combination of the recession, an inability to raise capital and the bank’s narrow business model, which hindered it from looking outside the struggling commercial realm for new business

The almost-four-year-old bank lost $3.8 million in the second quarter of 2009, the largest loss in its brief history. Regulators swooped in a few months later, and the bank has been in a holding pattern ever since, Hourigan said.

“The bank got pretty tight,” said Hourigan, who was appointed chairman in March. “We cannot write any new business as we sit here today.”

Virginia Business Bank’s agreement with regulators has prevented it from making any new loans, and it was left to live off whatever income came in from its weakened loan portfolio. At its lowest point on Dec. 31, the bank reported a $4.1 million loss with $11.3 million in loans that were in past-due or non-accrual status.

That’s when, according to Hourigan, the bank’s nine-member board of directors stepped up and personally infused the bank with fresh capital.

“It returned the bank to what they call well capitalized status,” he said, declining to disclose the scope of the infusion

Of particular concern to regulators was the bank’s concentration in commercial real estate lending. The turnaround plan specifically asked the bank to find a way to move away from that concentration.

But that’s easier said than done. As its name implies, Virginia Business Bank was created almost exclusively to lend in the commercial sector and to help fund business transactions.

So how does a bank that was founded specifically on the model of commercial lending continue if it is bound by regulators to stay away from such business?

“That will probably mean a modification of our model,” Hourigan said, to more of a traditional community bank model with retail locations and core deposits that are local.

“We will slowly turn ourselves into something different,” he said.

Rebranding, Hourigan said, “has absolutely been a topic of conversation,” and discussions of revamping the “business model, branding, locations and mix of products are all in play.”

That plan can only happen if the bank is released from its regulatory agreement.

Joe Face, commissioner of the Virginia Bureau of Financial Institutions, said his office, along with the Federal Reserve Bank of Richmond, only removes the agreement when the bank is in full compliance of all provisions.

“The bank is making steady progress but is still under regulatory agreement,” Face said.

One of the largest hurdles is the need for more capital.

“We will be out very soon with a capital raise,” Hourigan said.

He didn’t say how much the bank is looking to raise but said the most likely place to look for the money is among the bank’s 350 shareholders.

The bank is also working with an investment house locally, he said.

Meanwhile, the executive shuffle has continued at the bank.

In February, it appointed J. Jordan O’Neill as president. He came to the bank last fall with his predecessor, Terrie Spiro. Spiro was a hired gun, Hourigan said, brought on board in September as a turnaround specialist to replace the bank’s founder, Merlin Henkel.

One of the provisions of the regulatory agreement is to ensure the bank’s management has the experience necessary for a proper turnaround.

Henkel, Hourigan said, “had a different skill set than what it took to turn the bank around.”

Henkel said he served in a consultant role until November and remains a shareholder of the bank.

“I’m available if they need me and if they call me,” Henkel said.

The chief executive position will remain vacant and might be filled if and when the bank raises new capital, Hourigan said.

State and federal regulators, Face said, must approve any management changes while under the agreement.

“The bank has an interim management team in place for now and is searching for more permanent management,” Face said.

The bank reported a $1.5 million loss in the first quarter of 2010, with $159.6 million in assets and declines in its loan and deposit base.

Very well written article. Many banks have good intentions, have a specific niche they want to target, raise capital and open their doors. They are anxious to employ their capital and certainly commercial real estate has proved safe for the past 20 years. However, banks run a high leverage model, typically 10-12 to 1. So, when they start writing off commercial real estate loans, the regulators move in and say either stop lending or raise capital. Banks have not been an attractive investment option, so many banks can’t loan money. Consolidation is occurring and will continue to occur. There are… Read more »

Good intentions are fine and necessary. However, in order to be successful, there is a need for competent management with a work ethic worthy of creating a successful banking organization. The Board of Directors has a fiduciary responsibility to assure that management IS competent. In this case, both failed.