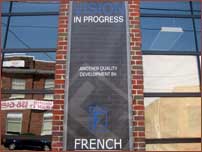 A dispute between a Richmond developer and one of his investors has left several local contractors in the lurch, and at least one has already sued.

While developer Justin French tries to restructure several real estate deals in order to remove partner Markel Corp. from them, past due bills from contractors are starting to pile up and so are hundreds of thousands in mechanics liens.

As reported in a previous RBS story, French said that Markel will not put in additional funds to complete historic renovation projects that ran over budget. That’s become a problem for local contractors who worked on the projects, and the mechanics liens might become a problem for the banks that have lent millions for French’s projects.

Not all contractors speak to French regularly, but those who do said that they were told they would be paid when the Markel feud is worked out. Contractors sometimes file mechanics liens as a precaution to make sure they will get paid, because the property cannot typically be sold clean and clear until the liens are settled.

Seven properties have a total of $539,000 worth of active mechanics liens, according to a BizSense property search, including the stalled condo conversion project at 3031 Norfolk St. that is at the heart of French’s dispute with Markel Corporation. The work is for services such as engineering and drywall, as well as construction supplies.

All of the outstanding liens are from this year.

David Gammino, principal of the construction company City & Guilds, said he was in the process of filing about $300,000 in new liens when reached for comment yesterday. Half of those are for work performed on the Norfolk Street condo conversion project, and the rest for work performed on other projects.

“We want to do what we can to protect our interests in the event that the building is conveyed to someone else,” Gammino said.

French has said that Markel has refused to release funds tied to historic tax credits that he says are needed to finish the project. Markel has declined to comment when contacted.

French “is basically telling us the same thing he is telling everyone else,” Gammino said. “If Markel pays him, he will pay everyone else. At this juncture, it doesn’t look like Justin and Markel are going to work anything out together.”

MGT Construction Management filed a lien June 28 against the 3031 Norfolk property totaling $137,151 for kitchen cabinets and granite. Armstrong Wood Products, the Texas company that furnished the materials for the cabinets, also filed a lien for $14,377. Sherwin Williams has filed a lien of $18,791 on the property.

Green Air Inc, a plumbing and HVAC contracting company owned by Nathan Roady, has filed the most.

Roady filed liens in February of $84,780 for plumbing and $61,800 for HVAC work. He is also suing French and general contractor Cityspace Construction to recoup payment with legal fees and interest. A hearing on that matter is scheduled in Richmond Circuit Court for this month.

Roady said French has made no recent attempts to pay him what he is owed for the work done on the project.

“We’ve done work on about 15 of his properties. He owes us money for service and repair work — about $20,000 — and it has nothing to do with Markel or anything like that,” Roady said.

(Story continues after the slideshow)

“We are going to court, so we will see what happens,” Roady said.

French disputes Roady’s claims and says he was not aware when work began that Cityspace had hired Green Air to do it. He thinks Cityspace ought to be paying Green Air, although he says he has tried to settle the bill with Roady himself.

Blue Crump, owner of Cityspace, said French was fully aware of the contract with Green Air.

The reason money is tight is because of the conflict with Markel, French said, adding that Paragon Commercial Bank refused his request for additional funds needed to finish the Broad Street property. He said he sought the additional funds because Markel refused to pay him for tax credits he had expected to receive from other projects. 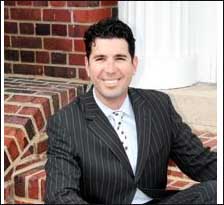 Now French has stopped making loan payments on that property, among many others. French said that Paragon told him they were going to send him demand letters but that he has not received any yet.

Paragon has previously said it does not comment to the press about loans.

French said he expects one of three things to happen to the Broad Street property: The bank could foreclose and sell the property to a third party, in which case the bank would have to pay off the liens to have a clear title to the property or Roady could acquire the property.

French said Roady expressed interested in talking to the bank about it but Roady said he was not seeking to take over the property.

“Or the third option is that the bank does what I originally asked them to do, which is restructuring the loan, and I could work out an

equitable settlement with Green Air, which does not preclude them from going after Cityspace for the full amount,” French said.

French addressed the other liens on his holdings as well.

As for MGT Construction’s lien on the 3031 Norfolk St., French said Markel should be responsible because they have not paid for cost overruns to which he claims they verbally agreed to.

As managing partner however, French is still on the hook.

“It is my intent to pay them,” French said. “It’s just a timing issue.”

The same goes for other contractors to which French acknowledges that he is behind in paying.

“It is not that I don’t intend to pay them,” French said. “I am just regrettably putting them on the same timeframe I am on with

negotiations with the banks.”

“Never in my life have I ever stiffed a contractor on a building,” French said.

I hope the tenants are protected somehow. Leases convey with a purchase, but they can be voided by a foreclosure.

I can’t say that I’ve seen it happen with a commercial space, but I have seen it in plenty of residential lease situations — even when the rents were at market and the tenants were good.

And this is the guy that did not take neighbors suggestions on naming a historic ally on South 2nd
St. after a historic, honorable person or a generic name–but was able to get politicos to
name the ally after his young son!!

And I certainly agree with Nathan Hughes. I hope a warped ego does not lead to any misplaced tenants!

@Joe
An alley named after his own son?? Really?? This guy is a piece of work.

Reminds me of the renaming of Ironbridge Park here in Chesterfield. It’s now named after some politician.

This man is a scum bag. Blame the partner? Great business plan. Perhaps he should take his CCV dues and pay the money he owes to honest hard working people. What a total scum bag.

Joe: Can you back up the alley-naming remark? It’s an interesting story.

Please be advised that anonymous comments might not be posted.

To Joe Pemberton and “Irony” I am to assume you have no children or have never experienced the loss of a child. I am fortunate to have two children after having gone through a painful experience. Justin naming an alley, not a street, after my first born was generous and heartfelt and has done so much to raise my spirit as well as my son’s. Justin is a grown man and can defend himself but making ugly comments about something being named for my child is vicious. I hope my son never has to hear such things said. As for… Read more »

Wow, didn’t realize that this was going to be such a heated discussion. I didn’t mean to fan any flames, and I certainly don’t have any personal feelings for or against Justin. We’ve done some work with him here at Bandazian & Holden, and he was great to deal with from what I’ve heard. The foreclosure and lease issue has burned some tenants that I’ve worked with in the past (in non-French properties), so I’m particularly wary of how banks will react to tenants. As an investment property, a good, strong tenant is an usually asset, but the banks don’t… Read more »

I can tell by the comments that I and others have submitted- that were never published- on the other recent French story, that Bizsense isn’t interested in fostering an honest discussion about this issue among those involved. Yet you are willing to publish Mr. French threatening to “kick Jeff’s 5$ ass”?? Very unsettling that those who have already been subject to not being paid, being threatened and dodged and ignored and mistreated throughout our dealings with French going back months and months; now are subject to not having a voice in the discussion. I can only presume that the reason… Read more »

Ron Thomas and Jeff H are most likely the same person making remarks.

Well put, Mr. Thomas. I am waiting for details about the federal and state investigations to be released.

Tanya: I can say for a fact — documented by police — that your husband’s real estate speculation made my former neighborhood a more dangerous place for my daughter and me.

Why did Al ask Blue about Cityspace Solar? Isn’t that owned by Justin French now? Is it a misprint? Just curious. I thought they split and he started Urban Grid because he wanted to get away from this kind of thing. I hope this turns out well for all somehow. It isn’t looking good.

@Tanya French Now that I have more information about the naming of an ally way to your son, I would like to offer my apologies. Unfortunately since this article is about business dealings and who owes who how much, it can easily become a personal attack fest filled with different opinions and little to no actual facts with the matter at hand. It is my hope that you continue to defend and correct any misinformation (or the lack there of…) so that anyone interested and myself can come to a more informed opinion on the matter. In the mean time… Read more »

First of all, I am not the same person as “Jeff H”…that’s quite a presumption. There are numerous people involved in this situation as evident by the sheer numbers of liens, affected properties etc, and I know for a fact that there are many more people affected who just haven’t come out of the woodwork yet, probably still hoping to get paid or just gathering their information. The list of lienholders published here is just the tip of the iceberg. Most of those affected are associated with small businesses, where not getting paid five or ten thousand dollars literally can… Read more »

Alter egos with alter egos. At least it makes for good reading.

I would like to let you know that you and your family are in our prayers.
Hope you are doing ok.
hugs
Rosi

@Tanya French I know this is an old message board but I wanted to add something. I am sincerely sorry about your son. Although I do not have children and cannot truly relate, I have had multiple family friends of mine die and I have spent time with their mothers afterwards. It is heartbreaking seeing and spending time with a mother who has just lost a child. Especially when their son or daughter dies in their teens, 20’s, or 30’s (I am 28 years old). However, your statement, and I quote, “Justin and I came from nothing. There were no… Read more »