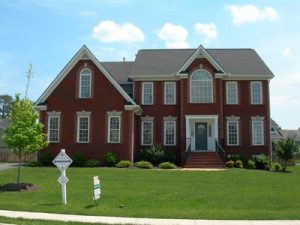 According to the suit, Tomac Corp. has defaulted on a loan originally worth $3 million from First Market Bank in 2001. Last year, First Market merged with Union Bankshares to form the new bank.

The loan was modified in 2005 and increased to $5 million, according to the suit, and was personally guaranteed by Tomac President Thomas Cauble.

Union notified Tomac in a letter July 23 that its balance of $2.2 million was due. The suit says Tomac has not paid and is in default. Interest is accruing on the loan at $447 per day.

Messages and emails left for Union’s attorneys on the case, Stephen Leach and Marc Sarata of Leach Travell Britt in McLean, were not returned.

David Fairchild, president of Union First Market Bank, said the company does not comment on anything related to customers.

Cauble was out of the office.

According to the latest Richmond Builder Report, Tomac is the ninth largest local homebuilder through the first five months of 2010. It sold 10 homes during that time an average price of $458,000. Tomac sold 26 homes in all of 2009, according to the report.

As one of the largest banks in the state with $3.8 billion in assets, Union is dealing with its share of bad loans beyond just Tomac.

Union First Market Bankshares, the publicly traded holding company for the bank, had $77 million in non-performing assets on its books at the end of the second quarter, according to its quarterly report filed with the Securities and Exchange Commission.

That total consisted largely of land loans and residential real estate loans which includes builder lines of credit. It also includes $28 million in property it has reclaimed through foreclosure.

In typical bank fashion, they were fine with collecting int and fees when times were good, but now they want to stick it to these guys instead of working something out. These bankers may be “just doing their jobs” but in my opinion they are the biggest crooks in the world. They get to do all of this on the Feds back. I mean did anyone read the story about Essex Bank? They took Tarp funds and bought other banks and now they can’t make the payment to the govt or to their shareholders! People have the power to send… Read more »

Virtually my entire law practice involves representing lenders in connection with problem commercial and real estate loans. What I’ve seen from banks over my over 20 years of experience is completely different from the position that Mike Watts took above. The bankers I’ve worked with are by and large good folks. They work hard, and they do their best to do a good job. “Typical bank fashion” in my experience has meant a genuine attempt to find common ground. It’s only if common ground can’t be found that banks have then taken action to protect themselves (and their shareholders). It’s… Read more »

Looks like at least some banks are coming back to the trough….

I think we need to get the corporations out of government and vice versa.
Regular citizens do not stand a chance in this environment.

In reference to Mr. Watts comments, whatever happened to the old fashioned notion that if you borrow money, you are expected to pay it back. No bank would be in business long if it did not insure that its borrowers repaid their loans, and after all, the bank also has to protect its depositors whose money the bank is lending out.

L.P. Ayers may be right about the “the old fashion notion of paying back the loan” but what he fails to understand is that a deal is a deal. Banks increase interest rates on loans that have a squeaky clean history and they expect that to be “OK” with the struggling consumer. Please tell me how that is fair to anyone? They are the ones that started this mess and they (the banks) are trying to clean up their own screwed up books. What happened to “good old fashion if you keep up your end, we keep up our end”?

In reference to the article and the related comments, I personally believe that the loan terms and conditions are agreed at the first place by both the parties and in case the receiver failed to repay the loan as per the agreed terms and conditioins, bank has all the right to get their money back and secure their position by any means.