The year was 2008, and lots of employees knew the ship was sinking.  While working as vice president of TV merchandising at Circuit City, Tom Crowell saw the writing on the wall. Circuit City, of course, has since gone bankrupt, and Crowell, 48, is CEO and co-owner of Vending Services of Richmond.

Last week he talked with BizSense about life after Circuit City and how stocking stores with TVs and stocking vending machines with snacks is not as different as one might think.  Below is an edited transcript.

Richmond BizSense: How did you decide to go from Circuit City to the vending business?

Tom Crowell: I left a year before they went bankrupt. It was clear things were not heading in the right direction. I was there 17 years and was one of the last guys out before things got really ugly. I always wanted to have my own company at some point and found [Vending Services of Richmond] in May of ’08. I realized I needed to make looking for a company a full-time job. I found this through networking and talking to different friends. 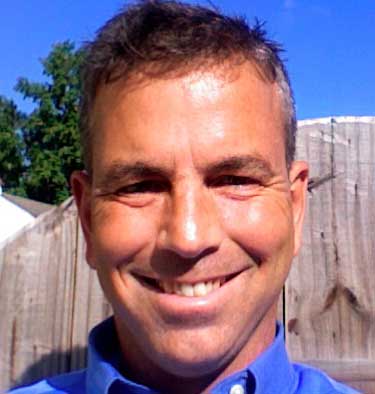 RBS: How does 17 years in electronics retail translate into being able to run a vending company?

TC: There’s a just a ton of similarities in the business models. In vending, we have roughly 1,000 machines. Each one is a store, and they need to be priced and merchandised accordingly. We can apply progressive retail thinking to this unsophisticated, old school business model.

RBS: Did you ever second guess striking out your own?

TC: When bought it [in mid-2008], that’s when everything with the economy was crashing. I was a bit oblivious to it because we were so focused on taking [the VSR deal] to the finish line. If the market had tanked a few months earlier, who knows? I might have been scared and pulled out.

RBS: How were you able to buy VSR, and what kind of numbers does the business produce?

TC: We received owner financing [from the previous owner of VSR]. We bought everything. It was a stock purchase. We have a fleet of trucks, 16 employees and hundreds of customers. The machines are obviously the most important assets in terms of what’s on the balance sheet. We do a few million dollars a year, so we’re pretty small.

RBS: What’s been the biggest adjustment to your new career?

TC: When I was at Circuit City, I was in Asia all the time. We were treated like a very big international customer. When I started going on sales calls with VSR, it was hard to get in the door. So now you’re totally on the other side of the table. This is a completely different animal in terms of who we deal with across the table. Adjusting to that dynamic has been interesting.

RBS: What was your reaction to the Circuit City downfall?

TC: It was sad. Circuit City was burning through cash quickly. Market share was eroding. A lot of people were there to the bitter end. For some it was a bit of a shock. The final blow came in January of ’09. It was like a death. People that had just given their lives ended up with nothing.

RBS: So all in all, life after Circuit City is treating you well?

TC: It could be a lot worse. My wife is still adjusting to living with an entrepreneur versus a corporate guy. But the fun meter is up so high right now. We don’t have to do a Power Point. We just make a business case and go do it. I’m wearing shorts right now. I feel pretty fortunate that within six months I’d found something I really liked and wanted to go after.

RBS: Have you kept in touch with other Circuit City co-workers? What are they up to?

TC: A lot of the merchants have had to leave town. A lot went to Petsmart and Petco. And there’s a lot at Sears. Everybody has been amazingly resilient. Life after Circuit City hasn’t been so bad. I can’t think of anybody who is not reinvigorated by what they are doing now.

RBS: We can’t go without asking – what’s the biggest selling snack in the vending business?

Way to go Tom! Thanks for taking a risk and becoming one of the successful small businesses that keeps Richmond chugging!

Tom: Thanks for sharing your story! Mine was similar, in that I bailed out of Circuit City early-I had a certain CFO in my office beforehand telling me that CC was going to make me rich, in spite of what I could see…he resigned a few weeks afterward! My mistake was going onto a company that was even more layered and removed from the customer. I was very unhappy for almost three years, but have been fortunate enough to leave and take a position in a much smaller company as Chief of Design and Branding. I find myself really looking… Read more »

Tom, I appreciate and admire what you have been able to do after Circuit City and love the comment you made about how the Circuit City folks have been amazingly resilient. You are so right, people have done what they need to do to take care of themselves and their families. Many people have been very fortunate and landed on their feet and are happier, others, landed and are doing OK. Unfortunately, there are many others that have had their lives turned upside down, had to leave their families to get work ( a trip home once per month is… Read more »

Tom, thanks for sharing your story! As one of those who have had to move away from Richmond (not much work in floor planning there!), I love hearing success stories from those who have made opportunities in the area.

Best of luck and continued success!