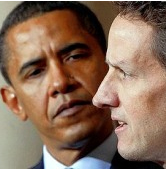 Community banks will soon have access to a $30 billion pot of capital from the federal government, thanks to a bill signed into law yesterday.

The idea behind the fund is to entice smaller banks to open the spigot of small business lending a little wider. But the success of the so-called Small Business Lending Fund hinges on two main factors: whether there is enough demand for small business loans from qualified borrowers to warrant banks’ participation and whether community banks still have a bad taste in their mouths from the last time they took money from the government.

Because of that uncertainty, it’s tough to gauge how local bankers feel about the idea.

Pat Satterfield, president and chief executive of the Virginia Association of Community Banks, said there hasn’t been a lot of buzz locally from bankers about fund’s creation.

“I think many banks will be reluctant to seriously consider the program,” she said.

The big problem is what many bankers have said is a lack of demand for small business loans – not in general – but from qualified borrowers that don’t pose too heavy a risk. Community banks are under pressure from regulators to keep the balance sheet clean, particularly by curbing commercial lending in certain segments and certain risk levels.

And because any capital received from the fund must be repaid with interest, many banks may be reluctant to borrow unless they know for sure there’s a stable pool of borrowers to lend it to.

“There’s a lot of concern that loan demand is so soft right now from qualified borrowers that if a bank taps into this fund, will they be able to have enough loan demand to leverage this capital?” said Bruce Whitehurst, president and chief executive of the Richmond-based Virginia Bankers Association.

Bankers might also recall the negativity that surrounded the industry’s participation in the Troubled Asset Relief Program.

TARP has been widely labeled a bailout of big business and big banks. And the TARP Capital Purchase Program that many smaller community banks participated was cast in the same negative light.

“It’s all been branded a bailout,” Whitehurst said. “It’s hard to get completely warm and fuzzy about something that might end up being portrayed in the same way.”

When President Obama laid out the details of the fund in February, he said the money was to come from leftover TARP funds but would technically be a completely separate program.

Whitehurst isn’t sure that distance from TARP will be enough to entice banks.

“There are certainly some who will say this is ‘TARP II’ no matter where the funds come from.”

The fund is intended to entice banks with less than $10 billion in assets to increase their small business lending by setting certain benchmarks that, if met, will decrease the interest rate banks will have to pay back on the money.  Those rules, however, are still up in the air and must be set by financial regulators.

And for those banks that are still paying interest on the TARP money they borrowed, the new fund is also likely to have incentives that will decrease the TARP dividend owed for exceeding certain small business lending limits.

Satterfield said word on the street is that regulators might have the fund’s rules written in about 60 days.

The fund is part of the Small Business Jobs and Credit Act of 2010 signed into law yesterday. The bill also had in it several small business friendly provisions, such as an increase on SBA lending limits and tax changes. See more details on the other provisions here.

I have heard several local bankers make that statement -“there is a lack of demand”, but I don’t think there is a lack of demand from small businesses. The problem is that small businesses are not approaching their banks inquiring about loans, because they are operating under the assumption that the banks won’t lend. So what they are doing is retrenching, operating off what they have and the ones that are in decent position are getting along without capital. The people that are going to the banks asking for credit are the ones that came into the recession in less… Read more »