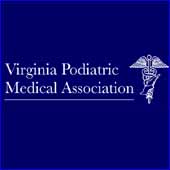 Sometimes the people hired to prevent malfeasance are the very ones up to no good.

That seems to be what happened to a local association of physicians.

The insurer for the Virginia Podiatric Medical Association is trying to recover more than $100,000 the trade group lost as the victim of a two-year embezzlement scheme, according to a lawsuit filed in Richmond Circuit Court on Oct. 13.

The scheme, according to the suit, was perpetrated by a former employee of the Keeney Corporation, a Richmond-based association management and lobbying firm that at the time handled VPMA’s financials.

According to suit, VPMA hired the Keeney Corp. in July 2007 to provide executive management and financial management. That included the collection of membership dues, maintenance of bank accounts and producing financial reports.

But while the money was coming in, a Keeney Corp. employee was lining her own pockets.

“From August 2007 through June 2009, Chris Stitler, an employee of the Keeney Corporation, conducted a scheme to defraud the VPMA of its funds,” the suit asserts.

Stitler wrote checks from the VPMA payable to herself, according to the suit. She also forged the signature of Bruce Keeney Sr., the president of Keeney Corp., on those checks. Stitler then used the money for her personal benefit, the suit says. The suit says Keeney discovered the embezzlement on or about June 9, 2009.

The VPMA filed a claim with its insurance company, Travelers, to cover the $103,291 it lost through the embezzlement. Travelers wants its money back and is going after the Keeney Corp., claiming breach of contract and breach of fiduciary duty.

Although the embezzlement was carried out by an employee and not the company itself, Travelers’ argues in the suit that the Keeney Corporation is contractually obligated to hire and supervise employees who would properly carry out the company’s duties. Seeing as the embezzlement went on for two years, Travelers claims there was willful misconduct and breaches of their contract.

Bruce Keeney could not be reached for comment. BizSense was able reach his son Bo Keeney, who works with his father. They are now handling management and lobbying for other Virginia trade groups.

“I’m not in a position to comment,” Bo Keeney said.

But Keeney did say that the company terminated Stitler and that the Keeney Corp is no longer in business.

The Keeneys still act as lobbyists and managers for several other trade associations in the state including the Virginia Academy of Clinical Psychologists, the Association of Independent Funeral Homes of Virginia and the Virginia Optometric Association.

It’s not clear whether any legal action was taken against Stitler.