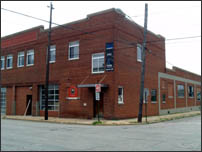 The Bank of Hampton Roads filed suit in Richmond Circuit Court seeking to appoint a receiver to take control of the property at 3031 Norfolk St., for which French defaulted on a loan of $9.39 million.

The bank wants the receiver to oversee the completion of the project and is prepared to bear the cost of doing so, according to the suit.

“I believe we would be better off finishing the project and working through and looking to sell it as a functional operational apartment building. We need the assistance of a receiver in helping us to evaluate that,” said Rick Matthews of the law firm Pender & Coward, who is representing the bank.

Appointing a receiver will allow the bank to take control of the project without foreclosing, which would wipe out the federal historic tax credits that the property is eligible for.

As to exactly how much it will cost to complete the project, that is still to be determined, Matthews said.

It is also unclear how much has actually been spent on the project. French burned through $8.7 million of the loan. After he defaulted on the note in May, the bank discovered that the project was only about 50 percent complete. (This prompted the bank to file suit against the architect that approved the draw requests, which you can read more about here.)

French is facing nine felony counts related to fraudulent documents and is expected back in court in January. Investigations by the FBI and IRS are ongoing.

The Norfolk Street property, which totals about 50,000 square feet, was at the heart of the feud between French and Markel Corp., which was the tax credit investor on the project. Although French personally guaranteed the loan, the property is owned by 3031 Norfolk LLC, which is a partnership between French and Markel.  As commonly practiced, French would transfer the state and federal tax credits (worth as much as 45 percent of the project’s cost) in exchange for financing equal to roughly 80 percent of the credits’ value.

In June, French told BizSense that he was defaulting on the property and asking the bank to foreclose in order to force Markel out of the partnership. (The loan was issued in 2007 by Bank of Richmond, which was eventually merged into Bank of Hampton Roads.) French said he wanted to assume the loan on his own and finish the project.

But the power play fell flat. As French’s legal troubles mounted, the bank sat back and waited. Now they hope to continue the project and complete the transfer of tax credits to Markel.

Matthews also said finishing the project is the best way to protect the interests of contractors who have filed hundred of thousands of dollars worth of liens on the property for unpaid labor. In a foreclosure situation, they’d be left with the difference between the loan amount and the amount the bank might make through an auction of the property — which would likely be nothing.

“If by spending another $3 million or $4 million the bank cuts its losses by $7 million or $8 million, that’s a win-win,” Matthews said.

The bank is seeking to appoint Ronald Martin, an attorney with Mechanicsville law firm McCaul, Martin, Evans and Cook, as receiver. Provided that the judge grants the bank’s request, Martin would take over as project manager and determine how to best complete the development. 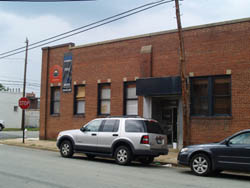 French also defaulted on a Bank of Hampton Roads loan for a neighboring apartment conversion project at 1700 Summit Ave. After drawing more than $6 million in bank funds towards that project, only about 10 percent of the work has been completed.

Matthews said the bank is going to wait and see how the 3031 Norfolk project goes before it decides whether to do the same with the Summit property or just foreclose.

A hearing on the bank’s request is scheduled for Jan. 12.

I hope they get someone with construction experience to work as the real project manager. Contracting is about legal contracts but it takes industry experience to bring a project in on time and on budget. I’m happy the concerns of the subcontractors are being taken into consideration as well.
Linda Heath