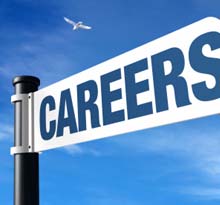 Rachel Flynn, Richmond’s planning director and Brooke Hardin, who also worked in the planning department, announced last week they are leaving the Richmond. You can read more about that in a Style Weekly story here.

Robby Demeria is taking over as the executive director of RichTech, which was formerly known as the Greater Richmond Technology Council. Demeria most recently served as the vice president of government affairs for the Fairfax County Chamber of Commerce. He is a graduate of George Mason University.

Martin P. Klein was named the new senior vice president and chief financial officer at Genworth. Klein, 51, comes to Genworth from Barclays Capital, where as managing director he led both the Insurance Solutions Group and Pension Solutions Group. He received his M.S. in statistics and actuarial science at the University of Iowa in Iowa City and his B.A. in mathematics and business administration at Hope College in Holland, Mich.

Cindy Parvez is a Revit BIM coordinator at H&A Architects & Engineers. She was formerly the president of the BIM Hut in Richmond.

Jerome T. Lienhard was named president and CEO of SunTrust Mortgage. He is taking over from Sterling Edmunds. Lienhard joined SunTrust in 2006 as a treasurer. He has previously worked at Freddie Mac.

Essex Bank appointed Glenn J. Dozier and S. Waite Rawls III to its board of directors.
Dozier has been chief financial officer of each of MolecularMD Corp., Xcovery Inc. and Biocatalyst International Inc., a consortium of molecular diagnostic, clinical trial testing and cancer drug development entities. Dozier also served in the past as CFO of Upstate Group, Inc., a biotechnology firm in Charlottesville, and This End Up Furniture Company.

Rawls was vice chairman of Continental Bank in Chicago for three years and with Chemical Bank, including serving as managing director, in New York.

Robert B. Eastep is the new senior vice president and chief financial officer at Central Virginia Bank and Central Virginia Bankshares, Inc. Eastep was the chief accounting officer since May 2010. The current CFO, Charles F. Catlett, III will transition to the role of senior vice president and director of personal investment sales effective April 4.

Sheley Sergent and Michelle Slemmer were promoted at the marketing firm Barber Martin. Sergent, a graduate of West Virginia University, is a senior media buyer. Michelle Slemmer is a traffic coordinator.

Andy Clements joined SyCom as an account manager, Michelle Greedan as a sales consultant, Vivian Morgan as a support services engineer, Jason Bradley as a senior systems engineer and David Holland as a project manager.