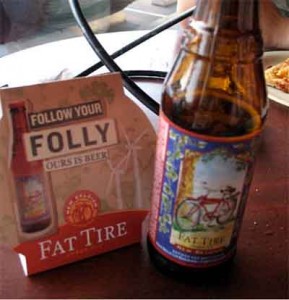 Local beer lovers will have another craft brew to choose from starting in August.

Brazel said he hopes to have New Belgium beer in convenience stores and supermarkets in late August. The first of the company’s beers to arrive in Richmond will be Fat Tire.

Like other craft breweries, New Belgium is growing quickly. It has plans to expand its Fort Collins, Colo., facility. The company also said it is looking at an East Coast brewery and will likely decide on a location this year.

The terrorists have lost. We have won. Great news for Richmond!

About time. Richmond must have been the last place on earth to get Fat Tire. Every other place I’ve been to on the east coast has had it for years.

Great! Now I’m going to add to my spare tire because I’ll be drinking the funk out of fat tire!

Give me a couple Fat Tires and a Dogfish Head 90 minute IPA, and I’m in heaven. Kudos to Specialty Beverage.

Good get for Specialty. Now, if the only had some DFH 90 minute to sell!