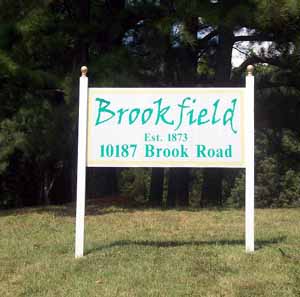 A 137-year-old Glen Allen nonprofit has shut its doors.

Brookfield Group Home, a rehabilitative facility for teens and young women, shut down in June.  The organization on Brook Road has been around since 1874, and until recently provided housing, counseling, transportation and other services to female youth with behavioral and emotional problems.

Executive director Tim Reading wrote in an email to BizSense that the nonprofit had ceased operations effective June 30. He would not comment further on why the nonprofit was closing or whether the residents would be transferred to another home.

Until September 2000, the nonprofit provided housing for men and women.

In 2004, Brookfield added an after care program to its services for residents that graduated from their programs.

How many where displaced with the shutting down? And do they have appropirate & “permanent” place to live?

This is just so sad! We need places like this – I am as guilty of taking places as part of life, but offering no support. I am ashamed of myself. We all need to look around and see what we can do to help – I will start today.

But this place has as sad a history as any you’ll find.re: “inmates”, “fallen”, “wayward” , just to name a few. A lot of misery was experienced in that building. Good riddance.

Ma’am I lived at Brookfield from the ages of 13 to 18 that place saved my life without it I would have never had graduated from high school or go to college. I am for thankful for the staff at Brookfield. They gave me a chance when nobody would.