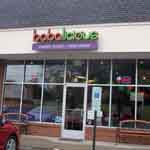 Richmond is up to its eyeballs in frozen yogurt. And there’s more coming.

Along with business partner Keo Sam, Rick Oeur runs Mechanicsville-based fro-yo shop Bobalicious. And although the shop has only been open for three months, Oeur, 42, is jumping headfirst into the swirling frozen yogurt market, with three new locations across Richmond.

BizSense sat down with Oeur to see how he plans to take on the competition, what his expansion plans are and why he thinks Richmond is such a hot market for frozen yogurt.

Richmond BizSense: How do you plan to grow Bobalicious?

Rich Oeur: We’re getting ready to open up our second shop in Chesterfield Towne Center at the end of October. Southpark Mall will be next, which will be right before Thanksgiving.

We want to capture the malls. There are no frozen yogurt places in either of those locations, so we’ll be the first. The mall locations will be about 600 square feet.

We will also have a Hull Street location going next to the Wal-Mart, which is slated to open in the spring. We’re doing the build-out of that one now, because there’s nothing there. That one will be 1,900 square feet.

RBS: Why are you looking to expand so fast?

RO: That’s always been the plan. The idea [for Bobalicious] grew about six years ago. We knew we wanted to expand. People want it and have encouraged us to open up other locations. We get customers asking us every day about it.

RBS: Why did you pick Mechanicsville for the first location?

RO: All the competition is focused on going downtown, and there wasn’t anything like this in the area. We thought we’d capture the people here plus all of the surrounding businesses. We have CiCi’s and Five Guys right next to us, and they don’t offer dessert.

We’re also right next to Lee Davis High School. We get a lot of people coming from there. We’ve been doing a lot to support the local high schools and giving 10 percent of our profits to their fundraisers. 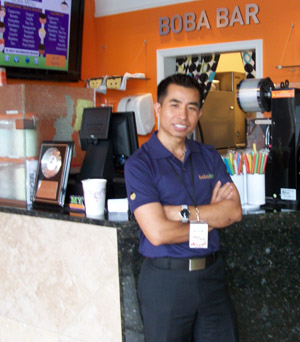 RBS: How do you plan to stand out amid all of the other fro-yo chains?

RO: We have flat-screen TVs and an Xbox with Wii bowling and volleyball for the kids to come in and play. We have music and couches, so it’s a nice environment, which I don’t think many of the other stores have.

All of our flavors are on a digital menu and list all of the nutritional facts, which no one else has. We’re the first to bring the boba drink to the market, which I think will differentiate us. We hired a consultant who owns three boba tea stores in Rhode Island to help us with the training to make the tea the correct way.

Our product is creamier and tastes better. We source our ingredients from Roanoke and Hampton and our fruits locally.

We’ll also introducing poppers, a little ball we put into the bottom of the tea drinks. It’s like a gusher – it’s a fruity ball filled with juice. Kids love it.

RBS: Are you planning to have all of these gadgets at the new locations as well?

RO: The mall locations will have the digital menus, but not the flat screens, obviously. The Hull Street location will have the same things as this store.

RBS: That’s got to be costly. How much does it take to get a shop up and running?

RBS: Why is frozen yogurt such a hot trend now? What is it about the business?

RO: I think you have to look at the health side, which is where the start of the whole yogurt trend came from. It’s a similar taste and flavor as ice cream but less calories. And it’s inexpensive, so that’s what I think attracts people. Getting more bang for your buck. People can get something here for as low as $1.25.

RBS: Are you worried about other places like Sweet Frog?

RO: We welcome the competition. There’s enough business for both of us.

RBS: Are you looking to franchise?

RO: We wanted to franchise from the beginning, because we knew we had a winning product. We’re looking at three or four right now to take it to the next level. We want to expand beyond Virginia. We’re looking at a couple in Pennsylvania, North Carolina and South Carolina.

RBS: How did you get started in the business?

RO: My partner and I started forming the idea about six years ago. I also have several other businesses. I started Sunrise Carpet and Vinyl, which I’ve run for the past 15 years, Capital Warehouse and Advanced Contracting Service, which does maintenance for big firms. I’m still running on all of those along with Bobalicious.

It would be nice to see better options in Eastern Henrico County.

How long before the Froyo bubble bursts?

We offer great healthy products, it should continue to do well for a long time to come.

I thought the fro yo bubble burst back in 1992. Like everything else, it’s back. Next up this new piece of bread that looks like a donut, except it’s served with a cheese spread. They call it a bagel, whatever that is.