It’s about to get easier to pay your buddy back for that beer he bought you last week.

After more than two years of development, a Richmond entrepreneur has opened his web-based payment service for testing. Software developer Abe Gillespie is the founder of Tendr.me, which allows users to send money to one another using Twitter, Google Talk or the website interface.

Gillespie recently launched the beta to a small group to work out any kinks before opening it to the public.

The service will be free to casual users, while merchants who receive more than $1,000 in payments a month are charged 1.75 percent.

The idea is to offer an alternative to credit cards and cash and make it easy for friends and family to transfer money. It is also geared toward merchants who are looking to avoid credit card transaction fees.

Visa charges merchants about 3 percent for each transaction. PayPal, a similar service owned by eBay.com, charges between 1.9 percent and 2.9 percent, plus 30 cents to receive money.

Tendr.me users transfer funds into their account from their regular checking account. Users can then send money to or request payment from other users. Users can also send money to non-users, who receive an email invite and must sign up in order to accept the payment into their new Tendr.me account. 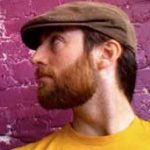 Gillespie has worked on Tendr.me between freelance consulting jobs and has spent about $2,000, mostly on graphic design work. He has one partner who has a 10 percent sweat equity stake in the company.

Earlier this year, Gillespie was working to secure some outside investment but put that effort on hold.

“I went through the whole process. In the end I felt like right now it was a waste of my time,” Gillespie said. “I could continue to eke out the product on my own, bring it to beta and get some users, and have a more valuable prototype.”

He plans to seek funding after having a working product for a few months.

Gillespie said one of the challenges is that for merchants to use Tendr.me, their customers have to be willing to get accounts. To encourage them, Gillespie plans to eventually offer first-time users a credit up to $20 for their first purchase.

“I’m taking a little bit of a gamble on this,” Gillespie said, “Someone could use it one time and never use their account again. But I would consider it a marketing expense.”

But before all that, he will be focusing on the beta test and making needed improvements.

“There is a bunch more work, but I am very confident in the system. It works quite well, but it needs a few more touches for a general audience, like help and walkthroughs,” Gillespie said.

“I did a test with my mom last night, and there were a few things she had questions about. But as soon as you learn, it is really easy to use.”