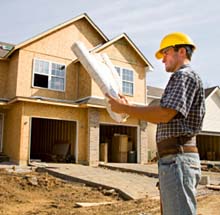 Richmond is shedding construction jobs, according to a recent report by the Associated General Contractors of America.

The Richmond metro area lost 1,300 construction jobs between October 2010 and October 2011, the report said. That is a decline of 4 percent, leaving the number of people employed in the industry locally at 33,100.

The figure also includes jobs in the mining and lumber industry.

That puts Richmond in 254th place among 337 metro areas. The latest report is a reversal from the previous year’s trend, which reported a 4 percent increase in construction jobs for the area.

One reason for the decline is a lack of new infrastructure spending by the federal government, according to AGC economist Ken Simonson.

One of the reasons for a decline in construction jobs in the Richmond MSA, during the past year, is the wind down of work at Fort Lee.