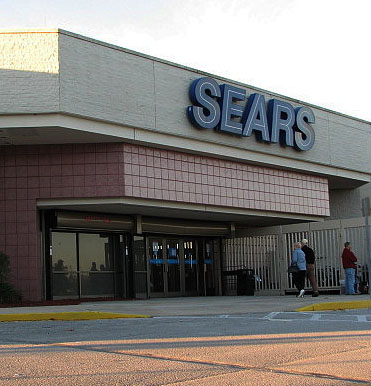 Santa wasn’t good enough this year to Sears Holdings Corp. The company, which operates Sears and Kmart stores, said Monday that it will close as many as 120 of its stores to cut costs.

Sales for the quarter, which included the all-important holiday shopping season, fell 5.2 percent compared with 2010.

The company has not said which stores it will close, but there are three Kmarts in the Richmond area and four Sears stores, including an outlet on Tomlyn Street that sells discontinued, used, scratched and dented merchandise. Sears also has stores at Regency, Chesterfield Towne Center and Virginia Center Commons and in Colonial Heights. Some have auto centers attached.

The Associated Press reported that the company is losing sales to rivals like Macy’s, Target and Wal-Mart and that the tough economy is pinching middle-income shoppers, the company’s main demographic. The AP also reported that analysts say the company hasn’t invested in remodeling stores.

Other big-box retailers are also facing stiff headwinds. Both Staples and Best Buy have said they are moving toward smaller stores.

Sears Holding Corp. will look to sell or sublease the locations it closes.

You can bet Regency is done, simply because that mall won’t be around much longer.

We can only hope they all close down. They are all run-down, filthy, and cater to the underclass.

We ordered a new fridge, double oven, and dishwasher from sears a couple years ago when we bought a new house. What a mistake, they had three different call centers that handled each applaince segment, and their technology and paperwork was from the days of Prodigy and Erols internet service. After missed dates when the units were supposed to be delivered, I demanded a refund from the chesterfield general manager and went to HH Gregg who had their $%^# together and processed the orders and had them delivered within 5 days, and matched sears prices. Absolutely no investment in people,… Read more »

Does anyone know the story with the still-empty Sears building on Broad Street?

The only thing good about Sears is their appliances. Everything else is out of date.

@dw, the one near Lowe’s around 1800 block is a Sauer’s distro center now.

Well, someone has to cater to the “underclass” Haywood, since they make up 90% of the population. The problem is that Sears and Kmart never made the necessary updates in time to keep up with Target and others. H&M and Uniqlo cater to people with less money as well, but they do it with style, which is what you better have now a days or you are in trouble.

One really good thing about Sears is that there are ALWAYS really convenient parking spaces right next to the door.