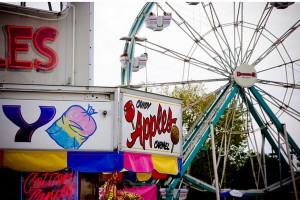 And just like that, the State Fair of Virginia bounces back to life.

Universal Fairs, a Tennessee-based fair operator, purchased the bankrupt SFVA’s land and much of its intellectual property Tuesday at a foreclosure auction for $5.67 million.

Mark Lovell, owner of Universal Fairs, said the fair would be held as usual later this year.

The fair will be Sept. 28 through Oct. 7 at the Meadow Event Park in Caroline County, which Lovell’s company now owns.

Lovell made the winning bid (out of about a dozen) in a packed house on the fairgrounds near King’s Dominion.

For his money, Lovell and his company get the fair’s 331-acre property, and buildings such as the 12,800-square-foot Manor House, 24,000-square-foot equestrian center, 9,700-square-foot expo center and pavilion and an RV park. 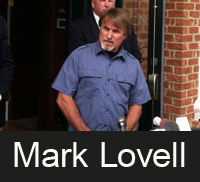 “I’m very excited about this beautiful piece of property,” said Lovell. “They’ve always had a great fair. We’re just going to make it a little bigger and a little better.”

The money from the sale, plus about $20 million from the fair’s cash and investment accounts, will go to a group of lenders that foreclosed on and took control of the fair in March.

But that’s a long way from what they were owed.

“It will be significantly less than what [the lenders] have in this property,” said Christy Myatt, the attorney representing ArborOne, the lead lender. “Of course we wanted more money,”

SFVA Inc., the nonprofit that operated the 150-year-old fair, the Strawberry Hill Races and the Meadow Highland Games and Celtic Festival, filed for Chapter 11 bankruptcy protection in December after haggling for years with a group of 15 lenders to restructure $83 million it borrowed to develop the new fairgrounds.

The fair at one time had a $40 million investment portfolio built from proceeds the sale of the Strawberry Hill Fairgrounds complex to Richmond International Raceway in 1998.

That portfolio served as collateral and earned investment gains to make payments on the loan. But lenders forced the fair to sell some of that portfolio at the height of the recession, locking in 50 percent losses and violating loan provisions. The fair eventually missed loan payments.

The lenders made that move despite objections from the fair’s board and its financial adviser, Smith Barney.

Unable to reach a deal with its lenders, SFVA filed for Chapter 7 bankruptcy liquidation in early March, ceasing all operations and handing over its land and assets to the lenders.

At one point in March, the fair, with the help of a mystery investor, brought $5.5 million to the table. Lenders rejected the deal.
Billy Beale, who was chairman of the board of the State Fair up until it shut down in March, said in a statement emailed to BizSense:

“I wish Universal Fairs all the best in their efforts to create a diversified event emphasizing Virginia’s agricultural industry.”

The auction was managed by Motley’s Auction and Realty Group. The foreclosure of the property was handled by Fortis, an affiliate of Motley’s.

To get the audience in the mood, Motley’s President Mark Motley took the podium and warmed up the crowd.

Mark Motley asked for an opening bid of $15 million. No one bit.

Finally someone in the crowd started with $2.5 million.

It quickly shot up to $4.5 million. Then the exuberance died down with the price stuck at $5.3 million.

So Motley tried to get things moving.

“Before we drop the hammer, ladies and gentlemen, let’s think about what we’re selling,” he said. “Do the math. This is a bargain. You’re going to be kicking yourself going down the road.”

But that was as high as it went.

Lovell, known for the moment just as Bidder 827, was whisked away to sign paperwork.

Lovell made headlines in April when he wanted to put on his own fair in Richmond at the Richmond International Raceway. It tentatively was to be named the Richmond Fair.

Lovell at the time said he would consider making a bid at the auction.

Now that he has the property he wanted, Lovell said his company will also look to put on trade shows, weddings and other events at the property. He’s also considering the idea for a music festival.

“We’re wide open to do business,” he said.

Added to Lovell’s $5.35 million bid was a 6 percent buyer’s premium that goes to Motley’s and others involved in the sale.

“I wish it had been less,” Lovell said when asked about the price. “Hopefully it will be worth every penny.”