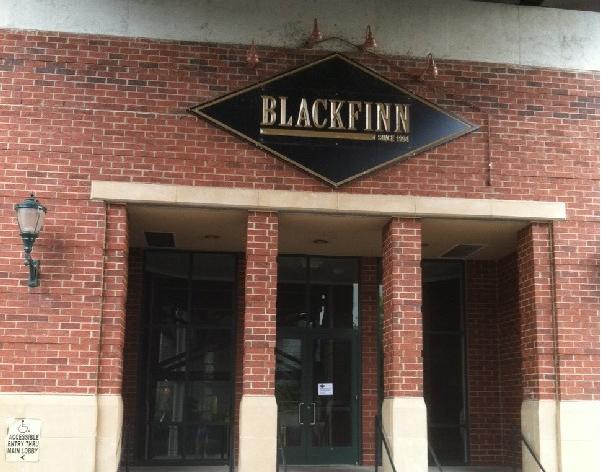 A restaurant and bar on the Canal Walk has closed after six years in business.

BlackFinn American Saloon announced Thursday in a news release that it was shutting down and selling the business.

“The restaurant will remain closed until a sale is completed and the new ownership group has finalized its rebranding of the current space,” the release said.

The news release did not name the new owners, who are local, but said the new restaurant should be open by fall.

BlackFinn Manager Lewis Meredith told employees via email that the doors were shut for good.

“It has been an amazing 5 years being a part of such a vibrant city and being able to share such fond memories with all of you,” he wrote Thursday. “BlackFinn is owned by a private investment company that about a year ago began looking for a new group or individual to sell the BlackFinn location to. As of this week they believe they have found that new ownership group.”

BlackFinn was located in the Troutman Sanders building at 1001 Haxall Point on the Haxall Canal. It served lunch and dinner and turned into a sort of dance club later on weekend evenings.

Should it open in the fall, the new restaurant’s launch would coincide with the planned opening of the first apartments at the Reynolds North development directly across the canal. WVS and Fountainhead Properties recently began construction on the massive development known as the Locks.

Wow someone should repost all the statements made about the commercial space when it opened…this was to be like the Baltimore Inner Harbor or the PowerPlant in Hampton. This, like many other projects that taxpayers subsidized, have not lived up to their hype. I hope the new owner does a better job and Renyolds brings in some new business as this means that there is NO retail along the canal except one restaurant in the Lady Byrd building.

Someone is going to get a steal on this place and make good money once all those Reynolds apartments open. If everything down there remains vacant once all those apartments come online, well, then we got a serious problem. Most of the big city projects don’t live up to their hype for 15-20 years. Things just take time.

so much for the groupons that I bought for this place at $20 bucks for$ 40 bucks of food…that was a waste of good money !!! does Groupon reimburse for closed down merchants that can’t honor money spent and never got to use ??????

Brett and all,
If my memory serves me the canal is pushing 12-13 years old and Riverside on the James is almost 10 years old. I think reopening the walk by tearing down the ugly 1970s factory at Renyolds and implementing the Richmond Riverfront Plan would be the best option and will help a lot.

If it takes 15-20 years for a project like this to come to fruition??? If it takes THAT long then no wonder it won’t be successful. The people that were involved in the vision and the people who would actually be the target audience are long gone. You need something with a bang out of the gate. Obviously this wasn’t it.