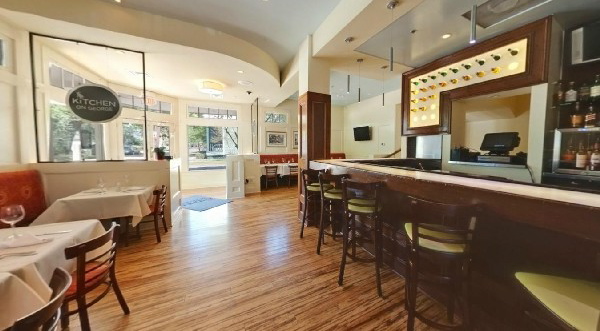 The Kitchen on Cary will be modeled on Mobile’s Kitchen on George, above. (Photo courtesy of Culinard)

If you detect a little extra enthusiasm among the staff of a restaurant slated to open this fall in Shockoe Slip, chalk it up to school spirit.

Culinard, a culinary school that is part of the for-profit Virginia College system, is opening a restaurant called Kitchen on Cary at 1329 E. Cary St., next to Sine Irish Pub.

Chef Michael McGhee, Culinard’s program director, said the Kitchen on Cary would serve as a launching pad for recent graduates of the school who want to work in the restaurant business. Kitchen on Cary is being financed by Virginia College.

McGhee, formerly of F.W. Sullivan’s and Popkin Tavern, said that one of the six chefs on staff at Culinard would move from the campus on Midlothian Turnpike to the restaurant full time.

“This is going to be an actual, functioning restaurant,” McGhee said. “And the people making the food are professionals.”

McGhee said the restaurant would cater mostly to a lunch crowd and that the prices would be “very affordable.” 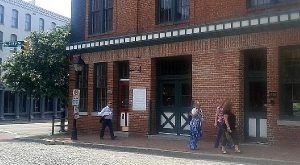 The Kitchen on Cary will be at 1329 E. Cary St. in Shockoe Slip. (Photo by David Larter)

“With the [Federal Reserve] and other banks right there, we think we can attract a good crowd,” McGhee said. “I think people will be surprised at how good the food will be for the prices we charge.”

This isn’t Culinard’s first restaurant venture. McGhee said the Kitchen on Cary would be modeled after the Kitchen on George restaurant, which the school launched in Mobile, Ala., in both decor and menu. Virginia College was founded in Roanoke in the early 1980s but has a large presence in Alabama.

McGhee said that two people sharing a bottle of wine and ordering a couple of plates could have a good dinner for less than $20 a head.

The build-out for the restaurant will be substantial. According to permits filed with the city, the estimated cost is almost $250,000.

McGhee, a graduate of the New England Culinary Institute, said that part of the motivation for opening a restaurant in the Slip was to raise Culinard’s profile in the local restaurant community. Culinard students are required to do an 11-week externship with an area restaurant.

“We wanted to get more exposure for our students and our externship program with area restaurants,” he said. “I mean, it’s free labor for them.”

The restaurant is scheduled to open in October, McGhee said.

Congratulations to Mike and the whole team at Culinard! This will be a great addition to the Slip.

Woohoo!!! So excited and can’t wait to try it! Congrats Michael.

This sounds like a great addition to The Slip!