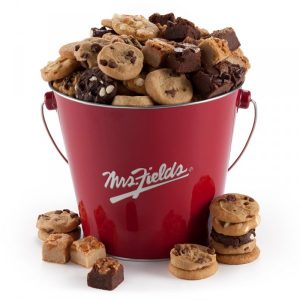 Although the scent of sweets no longer emanates from its iconic former factory near Broad and Boulevard, Interbake is still cutting some big cookie deals from Richmond.

Headquartered on Emerywood Parkway near Broad and Glenside, Interbake wouldn’t say much about the long-term licensing agreement, including how long the agreement lasts or how many cookies will be produced.

Interbake will begin manufacturing and selling Mrs. Fields cookies Oct. 29 and will manufacture the majority of those cookies at its facility in Kitchener, Ontario, according to Executive Vice President Selena Sanderson.

“We’re a primarily a business to business manufacturer and thus very conservative company in releasing any information about our customers products,” Sanderson said. “But with Mrs. Fields, both companies see this partnership as a great way to grow the brand and sales for our retail partners.”

Sanderson said the company doesn’t discuss much about its customers, citing confidentiality agreements with the companies for which it makes cookies.

But she did volunteer that Interbake is one of two bakeries in the country that produces Girl Scout Cookies.

That’s a lucrative account to have. Reports show the Girl Scout Cookie empire brings in about $700 million a year in revenue.

Interbake makes about 40 percent of the cookies for the Girl Scouts, Sanderson said.

Interbake no longer has any manufacturing facilities in Richmond, and it has fewer than 50 employees at its headquarters here. In addition to its new Canadian plant, it has factories in Sioux City, S.D., and Front Royal, Va.

Its former cookie factory on the corner of Boulevard and Broad was purchased this year by the Rebkee Company, which plans to spend about $19 million to convert the 240,000-square-foot plant into 178 apartments.