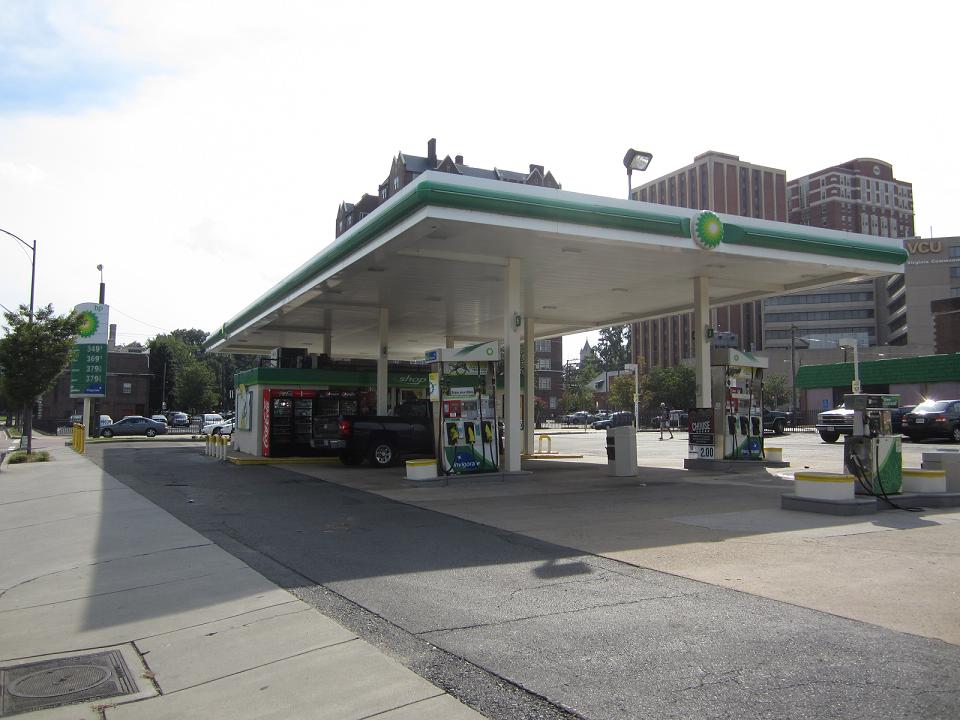 Convenience store magnate Steven Uphoff wants to put his stamp on the rapidly changing drag of Belvidere Street that runs through VCU’s campus.

Uphoff is planning a 10-story, $12 million apartment building at the corner of Grace and Belvidere streets where a BP station he owns now stands.

“We want to take a location that’s run-down and turn it into something really nice that will complement the new arts center,” Uphoff said in a phone interview Thursday. 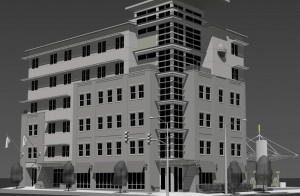 Uphoff said he has the right to build up to six stories on the site, but with VCU’s $32 million Institute for Contemporary Art being built at Broad and Belvidere streets, he thought the time was right to expand the project.

The apartments will not be specifically for students —as Gilbane’s 8½ Canal development is — but students will be welcome, he said.

Uphoff said the bottom floor of the project would be retail space, including what he knows best: a convenience store.

Uphoff is the founder and the former chief executive of the Uppy’s chain of convenience stores and is still the company’s largest stockholder. All 52 stores are becoming Circle K franchises but will still be owned by locally-based Mid-Atlantic Convenience Stores LLC.

Plans for the high-rise development are in the early stages. Uphoff said he would bring revised plans for the development to the city in early 2013, after the opening of his $21 million, 60,000-square-foot Uptown Alley project in Chesterfield. Stay tuned to BizSense on Monday for an update on the massive bowling and entertainment complex.

Uphoff’s plan comes as apartments are cropping up all over the downtown market. HITT Contracting is finishing a conversion of the First National Bank building near Eighth and Main streets, and the John Marshall Hotel is leasing up 240 apartments on Fifth Street.

Miller and Rhoads, on Fifth and Broad, has converted the bulk of 133 condominium units into apartments as well.

The project in the picture above has been on the drawing board for many years. If I recall the original six-story building (pictured above) not only had a convenience store but an actual service station as well, which I thought was odd. I remember the residents of the Prestwould Condominiums (across Grace St, on Franklin) had quite a few concerns (I remember them being concerned about exhaust fans or something like that). There was some kind of document that enumerated the Prestwould residents’ concerns that could be found online but I can’t seem to locate it at the moment. “…rapidly… Read more »

I was on the Prestwould Association’s Board of Directors when Mr. Uphoff proposed the six story building. He and his architects met with the residents and, for the most part, made us comfortable with the project. The main concern was parking, if the property does not provide sufficient parking for its tenants, then the additional demands for on-street parking in our neighborhood could produce an intolerable situation. I am quite sure that the Board will again insist that sufficient parking be provided for the apartment’s tenants.

I hope this project goes through. It would be a blessing if during construction a crane fell on the New York Fired Chicken and Subs next door. That place is a constant source of trouble. Also, could someone please look in to relocating the Daily Planet across the street? As long as this place is located on Belvediere, it will continue to drag down progress in the area. The vagrants who loiter in the area, and especially Monroe Park, provide a year long sense of despair.

Everyone’s an architectural critic. I wonder Michael, what buildings in that area are to your taste?

If it’s the same Michael, he also commented that DeLux didn’t fit the Fan and needed to be located in NYC. What? Look, even Europe blends modern and classic architecture styles. Get with the times. I don’t care if they build a building that is upside down, anything will help improve this area. I say keep them coming. More people will help create a more vibrant city. I say fill every surface parking area in town with something.

Greater density of residence and street-level retail is a welcome development. Now all we need is a transit system and a culture to go with it that makes all of the worry about parking a thing of the past. The whole point of a dense urban environment is that you generally don’t need a car (and could maybe use zipcar if you do now and then). This makes me think back to a piece a few weeks ago that reported that CNBC rated the Richmond region as one of the country’s emptiest based on vacancy rates. Unless all of the… Read more »

This would be a huge improvement over the existing eyesore/nuisance business there now. With all the parking being added along Grace Street you would think that would not be an issue.

Paul – the existing eyesore / nuisance business you mention is owned and operated by the developer. Only reason that it’s run down is because he let it get run down.

Michael- It is funny how a short response such as yours can spark up my frustration as a resident and business owner in Richmond. I appreciate and understand that everyone is entitled to their own opinion. So perhaps you can appreciate mine… With so many people like you in the city, it is very clear why; in part; Richmond is STILL a city of dilapidated despair instead of a thriving city of economic development & innovation. …If you’re not already Michael, perhaps you should become an elected official in city hall; sounds like you might fit right in with the… Read more »

Chad–I agreed with you up until you started bashing historic tax credit jobs… If people were ‘pissing away millions more trying to fix another boarded-up crack house’ you wouldn’t be seeing an article every week on bizsense about a tax credit/rehab. Oh I forget, there are new construction projects popping up everywhere…. wrong (with the exception of VCU). Right now, these tax credits and abatements help something that may be assessed as $20,000… increase to atleast $150,000. So your short sightedness proves your argument is poor. And how are you going to ‘remodel and build all the lofts you want’… Read more »

Great idea, would love to see a building there.

But it is an ugly building. Modern doesn’t have to mean ugly – look at CBT architects in Boston.

Charles, I agree with your assessment that modern architecture does not have to be ugly. It can and should be beautiful. CBT is doing nice work, of note is their FOLIO BOSTON building – very similar scale, materials, composition and massing to what is originally designed on this site. Perhaps the b/w nature or computer rendering style of the building creates imagery you are uncomfortable? CBT’s FOLIO work should provide you with comfort. Thank you for suggesting other fine architecture. The context of the site has changed dramatically over the past 5 years since this building was originally conceived. Steven… Read more »

This has been talked about for years any luck of this getting off the ground ?