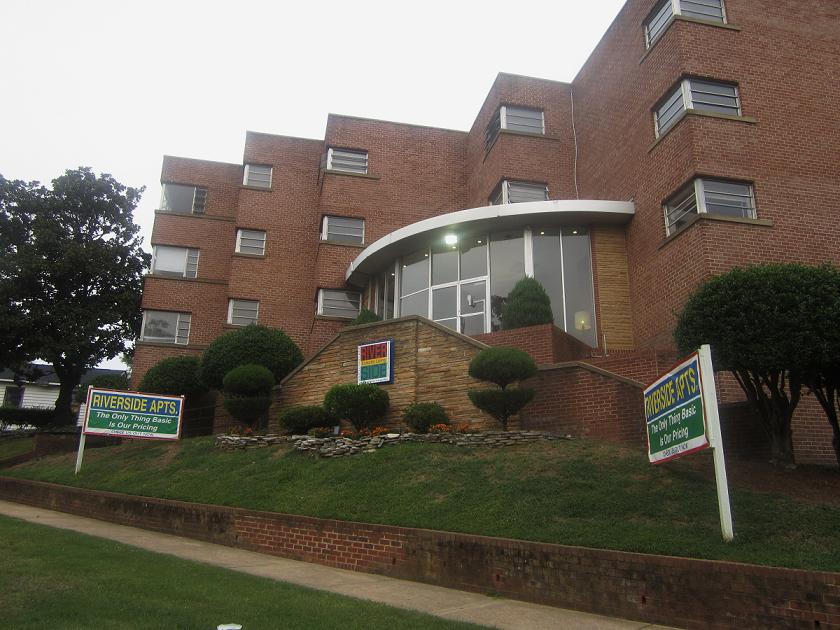 Prior to being purchased this week, Riverside Drive Apartments was foreclosed on earlier this year. (Photo by David Larter)

A Richmond real estate investment group has picked up a $2.35 million fixer-upper.

The company plans to hold on to the property, which was built in 1961, as an investment and will soon start renovations, said Drew Wiltshire, who worked the deal for Thalhimer.

“The location is good, but the property obviously needs a lot of work,” he said.

Wiltshire said 18 units would need to be repaired before they can be leased. The repairs are expected to cost about $12,000 per unit.

The complex was previously controlled by Space Properties and was foreclosed on this year. Thalhimer bought the building from special services LNR. Union First Market Bank financed the deal.

Space Properties had another apartment complex, Gaslight Square Apartments, foreclosed on last year.  The company was the subject of a series of negative news reports from WTVR, which resulted in Space Properties owner Robert Owens suing the station for defamation. You can read more about that here.

The case has not progressed beyond its initial filing.

Thalhimer is bidding out the contracting work on the Riverside Drive complex, and Cushman & Wakefield | Thalhimer will manage the property, Wiltshire said.

This was a terrific purchase. The property has great “bones”. It is very roomy and some of the units have wonderful light from large corner windows. It would be quite an amenity if somehow they could put a viewing sundeck on the roof. The view of the James River rapids from there is incredible.