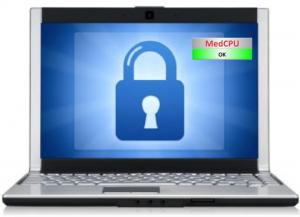 MedCPU, an Israel-based company with an office in Shockoe Bottom, is raising several million dollars to help market its product to hospitals.

“We’ve got the product,” said Dan Neuwirth, president of the company’s U.S. division. “What this money allows us to do is get the people we need and the infrastructure in place to grow the company.”

Neuwirth, who runs the Richmond office alone, said he would be hiring between five and 10 employees in the coming months. 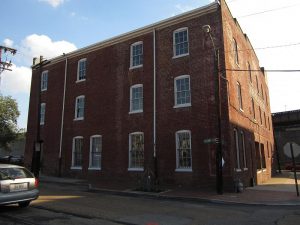 New Richmond Ventures has an office at 18th and Cary streets that houses MedCPU, which is marketing a system that can read doctors’ notes and ensures they are documented in the electronic medical records.

As part of the economic stimulus package from 2009, the federal government is requiring that all hospitals demonstrate “meaningful use” of electronic medical records by 2015 and has provided money meet that standard.

MedCPU claims its product alerts doctors and clinicians on the screen if the records are out of compliance or if a course of treatment is outside typical medical guidelines.

Neuwirth said his system is in eight hospital systems in the states, including the Cleveland Clinic, and said he is in talks with a local hospital system, although he would not say which one.

Neuwirth said the company makes money not only by selling the system but also through added features.

“It’s sort of like the cable company,” he said. “Just like Comcast will charge you one thing for the basic service and then add on charges for additional premium channels, that’s how our system works as well.”

Examples of add-ons would be plug-ins for different clinical areas, such as obstetrics, or guidelines for treating certain illnesses, such as asthma, he said.

Neuwirth said the system could be tailored to guide doctors in courses of treatment based on the specific hospital’s guidelines.

Mooney, of New Richmond Ventures, said his group came across MedCPU through acquaintances in venture capital circles about a year ago.

“The first criteria we look with companies is their potential to grow and create jobs here in Richmond,” Mooney said. “And MedCPU, even though the technology is out of Tel Aviv, is committed to growing in the Richmond area and having its [U.S. base of operations] here.”

“We think it’s important to invest in companies that are innovative as our local economy transitions from its industrial past,” he said.

What a GREAT – and necessary! – idea.

Much of my work is in healthcare, specifically in helping doctors and patients to develop stronger relationships through clear communication. The age-old jokes about indecipherable doctor handwriting have no place in 21st century healthcare when tech-enabled fixes like MedCPU are possible.

Glad to see an RVA company is in the mix. And totally not surprised that Israel’s a player, too. Israeli healthcare far, far ahead of the US in creating tech communication pipelines for providers, patients, and payers.

I was under the impression that new Richmond ventures was a standard vc firm? Can you explain how they are an incubator?

Medical records is an increasingly crowded and contracting space. MedCPU is smart to focus on features that stand out, make doctors work easier, and improve quality of care.

Having seen the MedCPU pitch – it is clearly great stuff! Certainly wish them much success as it will reflect positively on the growing RVA ecosystem. Excited about New Richmond Ventures being committed to investing locally.