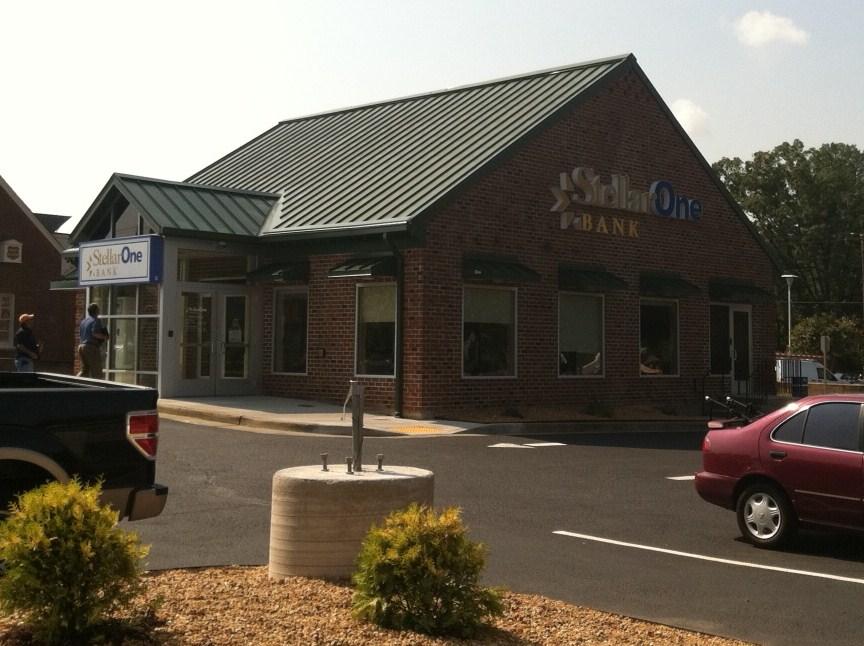 One of the biggest banks in the state is open for business in Richmond.

The branch, at the corner of Patterson and Libbie avenues, gives the $2.9 billion bank its first visible presence in the competitive Richmond banking scene.

“We feel like this has been a long time coming,” said Angela Ross, StellarOne’s chief branding officer.

StellarOne revealed its plans for an expansion here in April when it signed a lease on the former BB&T branch. It gave the 1,700-square-foot branch a significant makeover, both inside and out.

It redesigned the facade of the building to do away with a steep, dated awning.

“I can see why the other banks fled,” Ross said of the branch’s former look.

Inside, StellarOne is using the location to test a new branch design: Most notably, the concept eliminates traditional tellers and teller lines, replacing them with bankers who greet customers at the door and can do everything from take deposits to discuss a loan application.

StellarOne will also try the concept at its first Virginia Beach location, which will open in a few weeks.

“We’re looking to see whether or not this is a smarter model — if this is more like the kind of banking people are interested in,” Ross said.

Traffic at bank branches has declined as online and mobile banking have become more prevalent. That makes the expense of building out new branches harder for some banks to swallow.

“Fewer and fewer people come to a branch,” Ross said. “There’s not going to be an efficient way to get a return on that.”

The bank has said the Patterson Avenue location is the first in an initial wave of potentially three branches in the market.

“We haven’t landed on any other locations yet,” Ross said. “I think we have our pick of some fairly good locations, but it’s in the process. But we don’t plan to only have one branch in the greater Richmond area.”

The bank’s publicly traded holding company, StellarOne Corp., is based in Charlottesville. It has more than 50 branches across the state.

The new branch employs six workers, who join the dozens of employees that StellarOne had in Richmond in its commercial lending, wealth management and mortgage operations housed on Westerre Parkway in the West End.

The bank is planning grand opening events for the new branch next week.