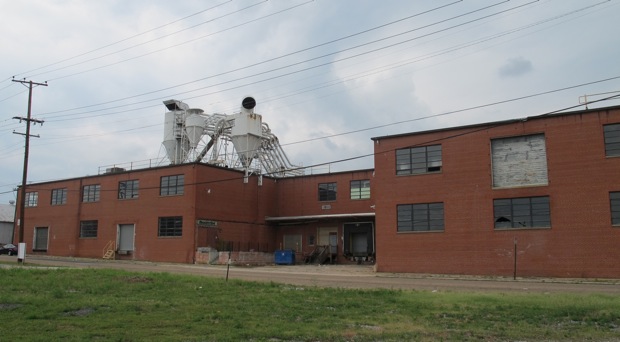 The Plant One building in Manchester. (Photo by Burl Rolett)

An architecture firm and its former landlord have buried the hatchet on a lease dispute.

SMBW Architects and Plant One LLC, which is managed by the principals of Fountainhead Properties, have reached an agreement on the rent that Plant One claimed the firm owed for its former Manchester office space.

“We reached an agreement that was, I think, very favorable to SMBW,” said Tom Papa of Fountainhead. “They are a great firm, and we want to be able to do business with them in the future. I think we did what we needed to do for the lender in going after them for the rent, but I’m glad we could get it resolved.”

Papa would not disclose the terms of the settlement.

Plant One LLC claimed in a lawsuit filed in July that SMBW Architects vacated its office at 401 Stockton St. six months early and owed $165,400 in rent.

Will Scribner, a principal at SMBW, said Plant One had agreed to release them from the lease a few months early.

“The settlement offer we had on the table for about seven months was eventually the settlement that was agreed upon,” Scribner said.

Part of the settlement agreement indicated that SMBW would work with the principals at Fountainhead in future.

SMBW moved into about 3,000 square feet in the Turning Basin building at 111 Virginia St. in January. The firm’s local work includes the addition to the Virginia Museum of Fine Arts.