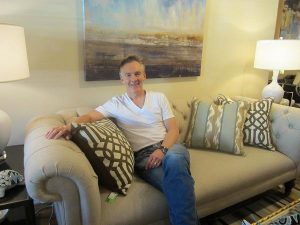 Kat and Mike Liebschwager, owners of Ruth and Ollie, signed a lease for the 9,000-square-foot former Leo Burke storefront at 3108 W. Cary St. across from Can Can Brasserie. They plan to move into the new space by May 2013.

Mike Liebschwager said Ruth and Ollie has grown each year since it opened in 2006.

“We had a little store on Grove Avenue, about 600 square feet,” Liebschwager said. “It really started as just a front for my wife’s design business [Kat Liebschwager Interiors]. But she managed to hit on a style or a look that struck a chord with people.”

Liebschwager, 52, said he signed on the store’s current location at 3445 W. Cary St. at the end of 2007 and used the upstairs as an office for his wife’s work. By last year, Ruth and Ollie had taken up almost all 3,800 square feet of the current location, near the corner of Cary and Nansemond.

Liebschwager said that he was a little nervous about the move but that the rent prices made the expansion attractive.

“When we signed on here, the market was at its peak so we’re paying above market rates right now,” he said. “At the new store, we are going to be saving about 40 percent on a square footage basis. That’s one of the things that helped us make the decision. We said, ‘Are things going to get any cheaper?’ Probably not.”

Liebschwager said the extra space would help him expand the lines of furniture he sells and would give him the flexibility to explore other areas of the market. 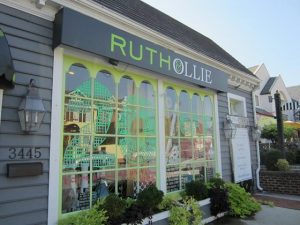 The shop will move from this current location to another in Carytown across from Can Can Brasserie.

“Right now we do a lot of sofas, chairs ? living room and family room things,” he said. “We’re considering stocking some dining room and bedroom items, but that takes up a lot of square footage.”

Jim McVey with Commonwealth Commercial represented the Burke family, which owned Leo Burke and continues to own the building.

Staying in Carytown was a priority for the store, Liebschwager said, because of both the locally based customers and the out-of-town traffic in the shopping district.

“We ship a lot of items to the Northeast,” he said. “It seems like anytime someone is here visiting or at a conference they always find their way to Carytown. So we do a lot of business that way.”

Liebschwager said he wasn’t worried about following in the footsteps of Leo Burke, which in May announced it was shutting its doors.

We’ll follow wherever you go, Mike. Congrats on the expansion and best of luck to you, Kat, and your growing R&O family.