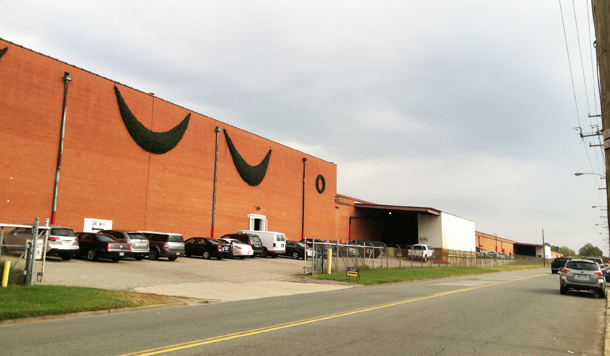 The property at 1650 Overbrook Road. (Photo by Michael Schwartz)

Louis Salomonsky has picked another property off the auction block.

Salomonsky submitted the winning bid of $1.85 million for the Overbrook property.

“One of these days, where the Diamond is will be the premiere shopping area for the city of Richmond,” Salomonsky said. “And on Broad Street, there is going to be a new upscale shopping center, possibly with a Whole Foods in it. This is going to be a location between two wonderful magnets.”

Salomonsky said he was exploring putting an outlet shopping center in the building.

Salomonsky also purchased two foreclosed buildings, 3031 and 3122 Norfolk St., at an auction in July. Those buildings had been part of Justin French’s empire. French began working on those projects in 2007 before being busted by the Feds for tax credit fraud.

The bulk of Salomonsky’s recent developments have been apartments. He has about 900 units in the Shockoe Bottom area, including a 124-apartment complex next to Have a Nice Day Cafe, in the works.

Richmond Property Holdings LLC purchased a warehouse at 2200 Decatur St. in Manchester along with a three-acre adjoining property for about $355,000.

Jason Hetherington, a broker with Collier’s International who represented Richmond Property Holdings, said the new owner plans to refurbish the property and continue to use it as a warehouse.