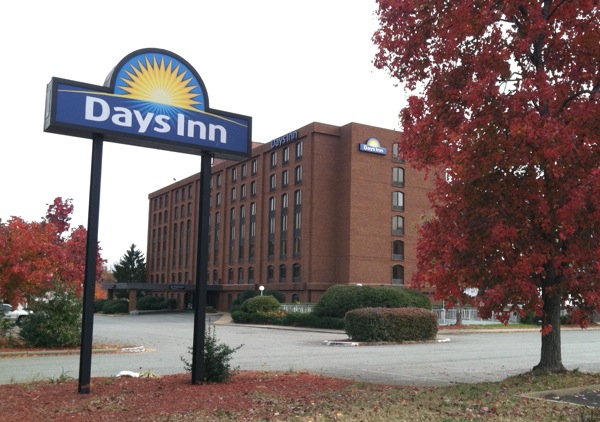 A West End hotel next to two of the biggest corporate campuses in Richmond is headed to the auction block.

Lenders have foreclosed on the 183-room Days Inn at Dickens Road and West Broad Street. The 30-year-old hotel will be put up for auction Dec. 6 on the steps of the Henrico County Courthouse.

The hotel’s owner, a Northern Virginia company called Dumra Hospitality Group, bought the property for $3.6 million in 2005, when the property was valued by the county at $3.45 million.

Dumra borrowed $4.49 million on the property from Lehman Brothers in 2007, according to county records. The property’s value peaked in 2008 at $4.04 million.

Dumra’s loan was passed around to other banks. The holder of the note is now U.S. Bank, records show. ORIX Capital Markets, a financial firm in Dallas, is the special servicer on the property.

Dumra Hospitality is based in Falls Church, according to county records. BizSense was unable to reach the company for comment.

The six-story property sits on 2.1 acres across Dickens Road from the Genworth Financial headquarters and across West Broad Street from Altria’s campus.

The hotel remains open for business and is advertising daily rates at $47.20, according to its website.

The foreclosure auction is being handled by Ryan Kenrick, an attorney at Williams Mullen who is acting as substitute trustee for the lender.

The hotel has been in this situation before. It was foreclosed on in 2001, county records show.

Other Richmond locations of the hotel chain have had a tough time in the past several years.

The Days Inn near the airport on 5500 Williamsburg Road in Eastern Henrico went into foreclosure in June.

Another Days Inn on Chamberlayne Avenue just outside the city line in Henrico went into foreclosure in late 2010.