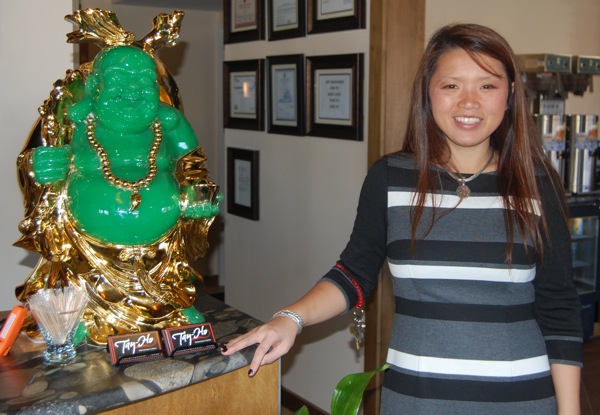 A West Broad Street eatery has gone from serving pancakes and bacon to pho and egg noodle soup. 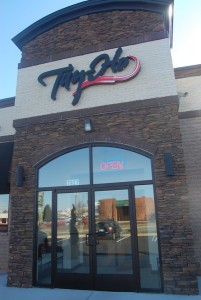 “We bulldozed the building down to the foundation and completely rebuilt it,” said Kim Tu, 27. “The floor plan is similar, but we raised the ceilings and got rid of the peaked roof. It’s more open now.”

Tay-Ho is at 7927 West Broad St., a few miles from Tan A Supermarket. Tu’s parents have owned the Asian grocery for 23 years, and she said it’s the main reason why she wanted to break into the restaurant industry.

“I grew up in that store. I remember sleeping on the shelves after school,” Tu said. “So food has always been a big part of my life, and I’ve always wanted to branch out and do something like this on my own.”

Tu said she started developing the restaurant concept with her brother and sister about two and a half years ago. The trio closed on a building and started construction in the spring, and they opened last week.

Tu said that they’ve already filled the 200-plus-seat dining room for dinner and that she’s starting to see repeat customers.

“We’ve spent the past two years just tasting everything over and over and over again,” Tu said. “We’re happy with it now. We have some items I haven’t seen at other Vietnamese places around town.”

the reporter’s faux pas aside, the food is great – and pointing me towards good food (and away from bad food) is all I ask of restaurant writers

Food is authentic and the service is better than any other Vietnamese restaurant I’ve been to!

I work near this new restaurant but live in Chesterfield/Hull St. I usually go to Mekong weekdays and Pho Saigon Garden near me on the weekends. Can’t wait to try this option.

I look forward to trying this. In theat area pho Boston/da lat is also very good