A Midlothian vet has staked a claim in Eastern Henrico.

Willis and White took over the Fairfield practice in 2011 from owner and longtime vet Dave Horst, but they are just now purchasing the business outright. 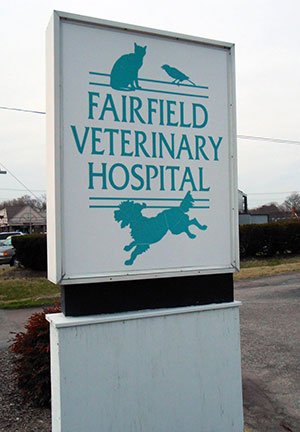 The practice was founded in the 1960s.

“Dr. Horst started that practice in the 1960s, and he was ready to retire,” Willis said. “So we took over the practice in 2011 and paid rent to him while we saw if we could make the numbers work. … The numbers exceeded what the practice was doing before we took it over, so we went ahead and closed on the property and the business.”

Willis and White founded Winterfield Animal Hospital at 3746 Winterfield Road, near the intersection with Robious Road in Midlothian, in 2009. Willis previously spent nine years working at the Veterinary Emergency & Specialty Center in Carytown.

They have made several upgrades since taking over the Fairfield practice, including adding two doctors, painting its building at 4804 Nine Mile Road and adding new equipment.

Willis and White are paying for the expansion with money saved over the past few years from their Winterfield practice and a small loan from Essex Bank, Willis said.

Veterinary clinics took a hit during the recession, Willis said, but last year things began to pick up.

“We saw the effects of the recession firsthand,” he said. “I think a lot of people put their pets ahead of themselves when it comes to medical treatment. But during 2009 and 2010, a lot of people just couldn’t afford to treat their pet and opted to put their pet down. It was so upsetting to see that. We’re certainly not out of the woods yet, but hopefully we’ll continue to see things get better.”

Willis said the eastern Henrico location presented a special challenge because the income levels are lower.

“The clientele at Winterfield can generally afford to treat their animals the way we recommend,” he said. “But in the East End, it’s a little different. Maybe half can afford the treatment. So we have to tailor our practice to meet the needs of the customers. We do whatever we can to make the animal better. Sometimes we have to get creative.”