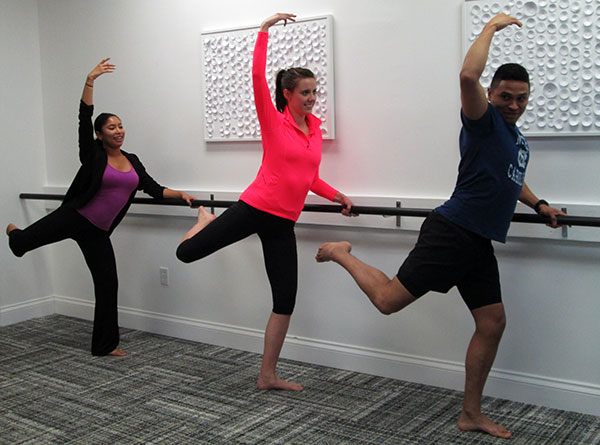 A new sort of bar has arrived in Carytown.

Katie Gilstrap last month opened the Barre Boutique, an exercise studio that uses ballet techniques to get its participants pumped up. 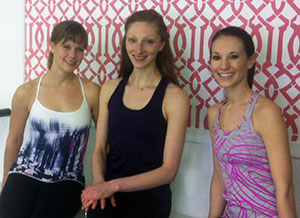 “I’ve been a student of barre for over a year now, and it’s become a big part of my life,” Gilstrap said. “There are a few other studios in Richmond, and it’s difficult to get a class. So it definitely seemed to me that there was a need.”

Nathan Hughes of Bandazian & Holden brokered the deal for the space.

She started offering classes at Barre Boutique on Jan. 21 and has begun circulating flyers.

Other area barre studios include Local Barre in Short Pump and Richmond Barre at Patterson and Libbie avenues.

Gilstrap has dancers to lead her classes, including three veterans of the Richmond Ballet and a member of the VCU dance team.

“I think the experience of our instructors is part of what will set us apart from the competition,” she said.

The instructors are paid per session and through profit sharing, Gilstrap said.

Gilstrap said the barre technique is good for a variety of clients.

“It’s good for someone who wants to introduce fitness back into their life, because there are almost endless ways that it can be modified,” she said. “And for people that have been doing it for a while, you can scale it to make the moves more intense.

I’m so excited to see this! I drive 30 minutes each way to go to Local Barre, and Barre Boutique is a mile down the street!

I really, really wish someone would open one of thses in Northside. Just sayin’

I just saw your store the other day! I am looking forward to attending a few classes!

Hi Katie, Just saw your sign in Carytown. It’s so good to have a studio close by. I am a senior (68) and an old dancer (NYC Ballet). I owned a ballet studio for years. Barre has been such a good form of exercise for me and I would like to continue taking classes and teach a senior’s class. When you get a schedule please email me .Claudia Trine