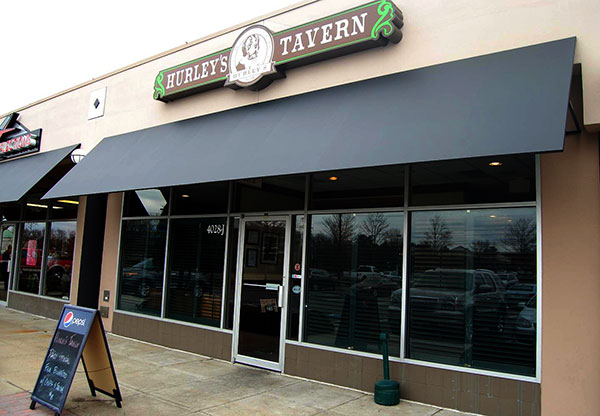 The suits at Innsbrook have a couple of more dining options on their front doorstep.

Hurley’s Tavern opened Jan. 15 in the 2,700-square-foot space that formerly was home to Finn McCool’s Irish Pub. The Hurley’s website boasts a large craft beer selection, along with vegetarian and vegan options on its menu. 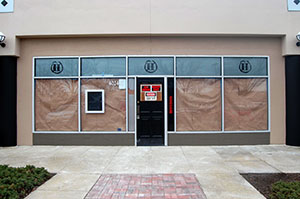 Taziki’s is building out in the former Hondo’s location. (Photo by Lena Price)

The other restaurant is Taziki’s, a Mediterranean chain out of Alabama that is taking over 3,300 square feet in the old Hondo’s location.

Taziki’s is scheduled to open in May, said developer Sidney Gunst, one of the owners of the shopping center.

The restaurant serves gyros, sandwiches and some larger meals, such as herb-roasted chicken and beef tenderloin, and has eat-in and takeout menus. The food runs about $10 per meal.

“The only vacancy we have left is about 1,700 square feet in the old Hondo’s location,” he said.

Hondo’s moved across the parking lot to a standalone location last year.

Is it really called Taziki’s? My expectations are now significantly lowered because they can’t even spell the name of the sauce correctly.

It was probably purely a marketing decision. A lot of people who aren’t as familiar with Greek food may not know how to properly pronounce tzatziki so they dumbed it down a little.