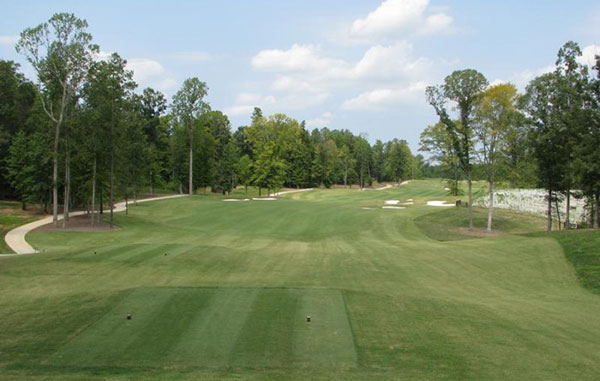 A local golf course has a new owner and is in search of a profit.

The Club at Viniterra, a 225-acre course that was part of a grand vision of a winery community in New Kent County, was sold in late December to Greenville, S.C.-based Wingfield Properties.

Wingfield had since 2011 managed the five-year old course for its original developer, Rocky Mount, N.C.-based Boddie-Noell. That company still owns the surrounding New Kent Winery and Viniterra residential development, which opened in 2007.

Wingfield comes in to right the ship after the course, which was initially a private club that was to cater to the surrounding residents, was hit hard when development on the subdivisions halted after the recession.

Barton Tuck, president and owner of Wingfield Properties, said his company has made the course semi-private, which opened it the public and helped draw in more business.

“We had been involved with Bodie-Noell, trying to structure the golf course in a different position to see if we could make it work economically,” Tuck said. “It performed very poorly when it was private. When we turned it to semi-private, we more than doubled the amount of playing revenue [for the year].”

Tuck would not say how much his company paid for the course.

The club has 70 members, mostly residents from the surrounding community. A round at the course on average runs about $50 round, including a cart.

Tuck’s firm has plans for a 14,000-square-foot clubhouse that will cost about $3 million, but that will depend on the financial performance of the course.

“We’re trying to get profitable before we pull the trigger on building the clubhouse,” he said.

Tuck knows the game. He developed and ran the Highlands Golf Course and Lake Chesdin Golfers Club, both in Chesterfield. His previous company at one time owned and managed 35 golf courses Louisiana, Maryland, Florida and Tennessee. That was before he sold the company in 1999.

“That was a good time to sell,” Tuck said. “These days, it’s a buyer’s market if you can make the numbers work.

Tuck estimates that it will take $1.5 million in annual revenue for the course to break even.

“Turning a golf course inside out and making it something different is not the easiest task in the world,” he said. “Golf doesn’t turn on a dime. It’s going to take some time.”

Assuming 100 rounds a year average, members only play 7000 rounds. That means over 70% of projected play this year is coming from the public if my guess is accurate. Sounds like a mostly public course to me, and with good reason. No private club can possibly hope to survive on 70 members unless the pockets are very deep.

I last played Viniterra in 2011 and enjoyed it, the course was in very good condition at the time. Good luck to the Tucks going forward.

I had a chance to play there in a tournament last fall. The course was in great shape and a fun place to play. I really enjoyed the layout and the view of wine grapes growing from several holes on the course. They should continue to partner with the winery in some way. A very nice end to your round should include a stop in and tasting at the winery. With the amount of infrastructure but lack of actual development (in terms of homes) nearby, it is easy to see why a private course did not meet expectations. I would… Read more »

Check the history of Wingfield Properties, in the past few year’s they’ve been evicted from: Bright’s Creek, Forest Creek and Beacon Ridge Golf & CC.