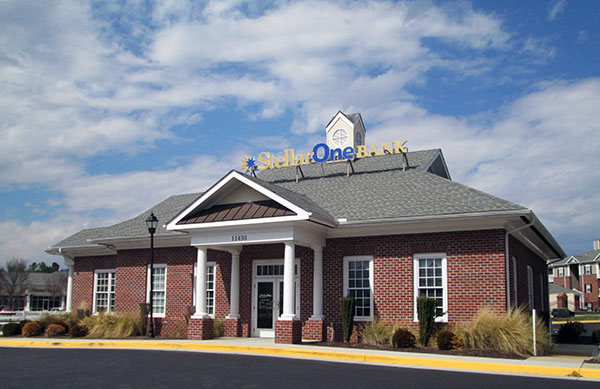 Christiansburg-based StellarOne Bank last week opened its first Chesterfield location after completing its acquisition of a branch at 11450 Robious Road from Village Bank and Trust.

The bank paid Village $1.67 million for the standalone property, according to Chesterfield County records. It also took on $21.5 million in deposits from the Village branch, along with $12.2 million in loans.

Village built the branch in 2007. The two banks announced the deal in January.

This marks the next step in StellarOne’s rapid expansion into Richmond. The $3 billion bank has taken on three locations in the area in the past 12 months. It leased a former BB&T branch at the corner of Libbie and Patterson avenues last April. In January, it began renovations at a property in the Far West End at 9605 Gayton Road.

With $510 million in assets, Village still has 13 branches in the Richmond market. It will continue to run its Chesterfield Towne Center branch, which is about two miles from the Robious Road location.

The sale of the Robious property helps Village with its plan to reduce expenses and shore up its capital reserves. The bank continues to work its way out of a hole of soured loans following the real estate crash and recession.

StellarOne posted a $22 million profit in 2012, according to its financial filings. The bank, whose holding company is based in Charlottesville, has more than 50 branches across Virginia. One of its main competitors in many markets across the state is Richmond-based Union First Market Bank.

There have been several deals involving bank branches in recent months.

Even credit unions are getting in on the action. Connects Federal Credit Union last month bought a former BB&T branch at 9960 Midlothian Turnpike for the new home of its third location.