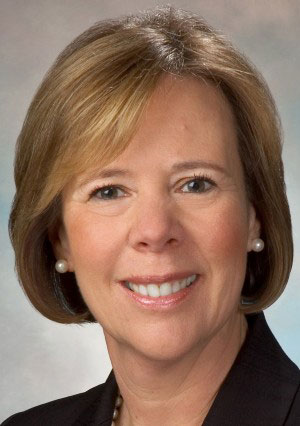 The recently displaced head of SunTrust’s Richmond operations has landed a new gig.

Letts had been president and chief executive of SunTrust Bank’s Central Virginia operations until January, when her position was eliminated as part of a corporate restructuring.

In her new position, Letts is overseeing C&F’s commercial and small business operations in the market.

Larry Dillon, president and chief executive at C&F, said Letts’s experience and her connections through involvement in the community would help the bank.

“We have really needed to be more involved on the commercial lending side in the Richmond market,” Dillon said. “Gail can bring a lot more of that to us.”

She has volunteered with and served in various capacities for organizations including the Greater Richmond Partnership, the United Way of Greater Richmond & Petersburg, Virginia Bankers Association, Richmond Symphony, UNOS and CenterStage Foundation. She also was named to the steering committee that helped find a site for the Washington Redskins training camp facility set to open in the city next year.

“She can open many doors for us, I’m convinced of that,” Dillon said.

Letts began her career in banking with the former Loyola Federal, which was eventually bought out by SunTrust. She had been with SunTrust since the early 1980s.

She received her bachelor’s degree in English from Wilkes University.

Letts could not be reached for comment by press time.

It has 11 branches in the Richmond market and controlled $430 million in local deposits (0.58 percent of the market share) according to the most recent figures from the FDIC.

The company reported a $16 million profit in 2012 and was one of only a few local banks to remain profitable throughout the recession.