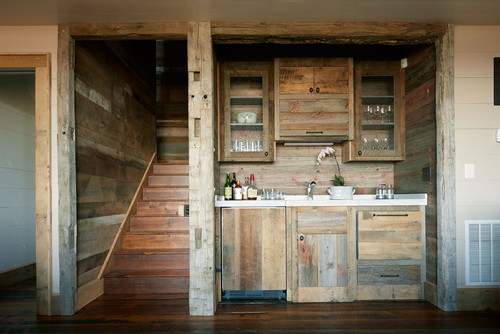 Wellborn + Wright is moving into a 100,000-square-foot warehouse near the Richmond International Raceway. The firm turns wood found in old barns and houses into flooring, wall paneling, cabinets, doors, chairs and more. 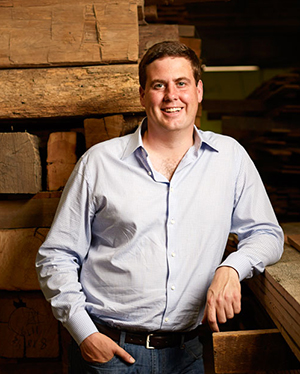 Founder Sam Sikes said the company plans to open the manufacturing facility and showroom at 3801 Carolina Ave. early next month.

“The company kept growing, and it just became more and more obvious we needed to do something,” Sikes said. “I found this space in 2011 and couldn’t afford it at the time, but really liked and eventually came back to it. It’s going to give us room to grow in the future.”

Sikes launched the business four years ago as the Old Barn Reclaimed Wood Company and began by selling the wood on eBay. He worked out of a garage in the Fan and a Scott’s Addition studio before moving into the Carolina Avenue space and changing the name to Wellborn + Wright.

Sikes bought the building, which used to house the Duplex Envelope Company, out of bankruptcy more than a year ago.

He’s investing about $600,000 to rehab the space, which he said came with a collapsed roof and a tar-covered floor. Sikes is financing the project through Carter Bank & Trust.

The new facility will allow the company to bring all of its production work in house for the first time, Sikes said. The firm has eight employees and works with about 10 local craftsmen, including metal smiths and woodworkers.

It can take between four and six weeks to process a shipment of reclaimed wood. Employees remove nails from the boards by hand, heat the wood to get rid of excess moisture and cut it to the right length and thickness.

“No two pieces of wood are the same,” Sikes said. “Bringing everything in house lets us give each piece a very specific, highly customizable look.”

Sikes said he gathers the bulk of the material from western Virginia, Chicago and Massachusetts.

“In elementary school, everyone learns that you can tell how old a tree is by the number of rings,” Sikes said. “That’s what we’re looking for here. We deal with wood that’s hundreds of years old, and that’s almost impossible to find anymore.”

Sikes said about half of Wellborn + Wright’s customers want pieces for their homes, and the rest are commercial clients.

The firm works with clients across the country but has done projects for local restaurants such as Tazza Kitchen and Pearl Raw Bar.

Costs vary, but Sikes said the reclaimed wood typically sells for between $13 and $20 per square foot.

Inside the new Wellborn + Wright showroom.

Sam is great to work with! We bought some reclaimed American Chestnut for a small project and it looks amazing. They are making great use of old structures that would normally just rot away.

Awesome. So glad to see these old barns being recycled vs. left to die in a field. Growing up in Loudoun County Va in the 70’s I became aware of the beauty and quality of the wood the barns are made of. This type of work would be my dream job.

What an awesome company to have locally. Makes me want to come up with a project that needs some beautiful old wood.

I took an early tour. The facility is very impressive and the staff is excellent. They also have the respect of several noted design firms in town. Best of luck to Sam and Hunter.

*(The blades on some woodworking equipment are called “Knives”)