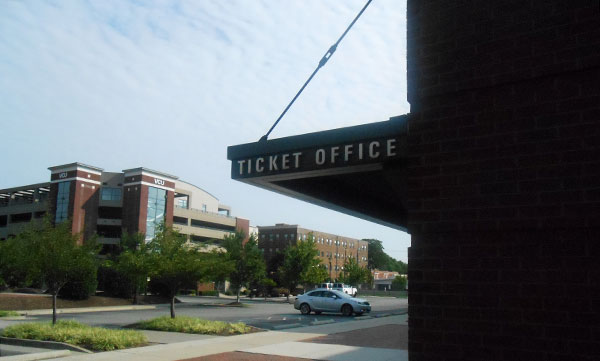 VCU’s fundraising arm last year asked fans of its men’s basketball team to pony up, and those fans have opened their wallets.

The Rams Athletic Foundation, which handles fundraising for all of Virginia Commonwealth University’s athletic programs, posted record numbers for the 2012-13 fiscal year, according to figures released this month. Donations to the program’s annual fund topped $3 million, up more than $1 million over last season.

“Donations are up; the number of donors is up. It’s a good time to be a VCU Rams fan,” said Glenn Hofmann, VCU’s executive associate athletic director.

Hofmann attributed the increase to the new “seat equity plan” put into place for the upcoming basketball season. Announced in 2012, the program requires would-be buyers to make a donation for the chance to buy season tickets to the Siegel Center.

The required donation varies according to seat location. For courtside seats, prospective buyers would have to fork over at least $7,500. Back-row, corner seats require as little as $100 in donations.

The annual fund is used to cover operating expenses and scholarships. The foundation’s capital program also got a boost in the past year’s fundraising cycle, and Hofmann said the athletic foundation has almost $10 million in the bank toward the construction of a $14.5 million basketball facility.

“We’re hoping by the end of summer, early fall, to finish fundraising for the basketball practice facility,” Hofmann said. “We’ve got a good ways to go, but we’ve got good momentum.”