A micro-lending company is making a push into Richmond with the help of a major local employer.

Kiva, an online crowd-funding platform, is bringing its interest-free small-business lending program to Richmond. The platform connects entrepreneurs with independent lenders who donate directly to borrowers, $25 at a time. Capital One has pledged a $25,000 revolving loan fund toward matching all gifts directed through Kiva to Richmond small businesses.

The campaign will host a launch event today at Capital One’s office at 200 S. 10th St. The program, dubbed Kiva City Richmond, follows a corporate partnership model Kiva has used in other cities over the past year. 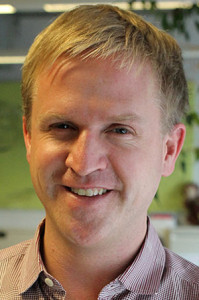 “We’ve had a ton of success. It’s a great excuse for entrepreneurs to network with each other,” Kiva chief executive Matt Flannery said. “Also for politicians and community members to help small business and raise awareness.”

Kiva was founded in 2005 and is based in San Francisco. The nonprofit has facilitated loans to about 1 million borrowers and has a network of 950,000 lenders, Flannery said. Kiva doesn’t take a cut of any of the transactions. It is funded by grants, sponsorships and lenders making donations.

The program allows private lenders to give loans in $25 increments to Kiva-sponsored enterprises through the nonprofit’s website. When the loan is paid back, the lender has the option to pull his or her money out of the system or lend it to another business.

Anyone can make a donation through the Kiva website. More than 70 businesses nationwide are seeking up to $10,000 in loans on Kiva. Each business offers a description of how they plan to use the funding – commonly on equipment, inventory, new hires and advertising – and a schedule for paying back the loans.

The loans are interest free, so they do not offer a financial return. Kiva does not guarantee loans should a company fail to repay its debts, but the company’s website boasts a 99 percent repayment rate on loans.

To qualify to borrow money through Kiva, a business must be endorsed by one of the website’s trusted businesspeople. Kiva identifies the initial endorsers in each city. Kiva’s endorsers (trustees, as the company calls them) for the launch in Richmond are: BizWorks, Richmond Craft Mafia, the Center for Women’s Enterprise, Club de Comerciantes de VA, Community Investment Collaborative, and United Virginia.

When borrowers pay back their Kiva loans, they are then brought into the fold as trusted endorsers for other projects.

“We hope that it spreads through concentric circles of trust,” Flannery said. “We have borrowers becoming endorsers, and we’re hoping that spreads virally through the U.S. and beyond.”

Kiva is part of a growing funding trend. Other for-profit businesses, such as Kickstarter, use a similar model of soliciting funds from independent Internet users. Kickstarter deals in grants instead of loans, however, and grantors are typically offered some sort of reward for their money by the business seeking funds. For-profit crowd-funding platforms usually take a cut of the funds raised.