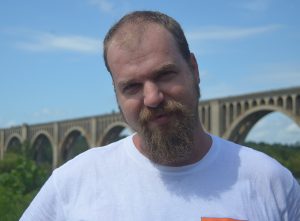 The move comes as a result of steady nibbles from customers in Charlottesville, and Canine Adventure’s increasing revenue growth, said founder and owner Josh Rickey.

“With some seasonal slumps aside we’ve been growing consistently,” Rickey said. “We’re probably going to finish 2013 three times as large as we were in 2012.”

Rickey hired James Tilson, formerly a full-time dog walker for the company in Richmond, to man the Charlottesville operations. Tilson works out of his home there and is the sole Canine Adventure employee in Charlottesville for now, but could add workers if the market dictates.

“The ideal size would be between 5 and 10 people in Charlottesville,” Rickey said. The company has grown to nearly 20 employees in Richmond. 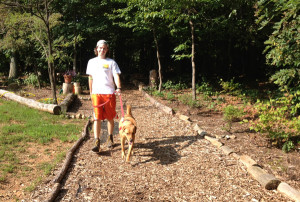 Rickey is hoping Tilson can establish a base of clients within 6 months and said he has $12,000 ready to back Tilson’s efforts.

It will look to spread the word of its arrival in the new market by distributing flyers and Canine Adventure’s self-published quarterly “Canine Adventure Newsletter.”

“Our biggest and best tool is word of mouth,” Tilson said.

Canine Adventure has about 175 regular clients in Richmond, Rickey said. It charges $34 for long distance hikes, $18.50 for a standard thirty-minute walk around the neighborhood, and $20.00 for 30 minutes of pet sitting.

The company has also expanded into people pleasing.

For $5 its Human Adventure offers Richmonders guided walks on a weekly basis, giving dogs and owners alike the chance to socialize and shake hands – or paws.

Rickey sees the company’s success in Richmond as a product of hiring passionate and mature trainers and its community involvement. Canine Adventure donates its services to dogs at Richmond Animal Care and Control and the Richmond Animal League and encourages people to sponsor adventure walks for dogs that don’t have owners.

He is hoping a similar strategy will work in Charlottesville. Rickey said he plans to expand to other markets, though he wouldn’t go into detail.

“The days of using the neighbor’s kids [to walk your dog] are going by the wayside,” he said. [Dog owners] want professionals and we are just that,” Rickey said.

We have been using Canine Adventures for over two years and have loved seeing the company grow. They hire outstandig people who genuinely care about your dog. We credit them for making our lives easier and our lab, Humphrey, the happiest he has ever been.

I have already sent this off to nearly a dozen of my C-ville friends. This is so exciting! My Boxer, Diesel, went on the adventure walks and loved every minute. I cannot wait to get him started back again!

Congratulations on the new job Michael! I greatly enjoyed this article and look foreword to many thought provoking pieces in the future.