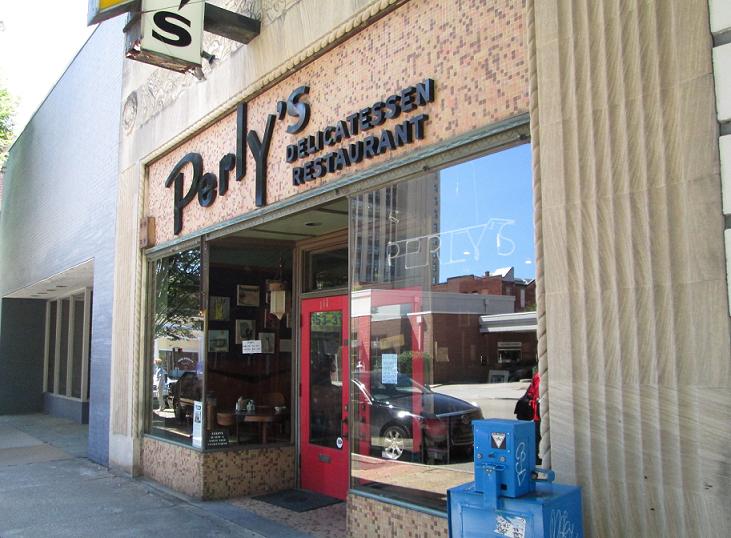 A week after it abruptly shut down, a longtime downtown restaurant has been put up for sale.

Perly’s and its building at 111 E. Grace St. are listed for a total of $498,000, said Nathan Hughes, vice president and sales manager at Bandazian & Holden, who is handling the listing. That price includes the business and the real estate.

Hughes said interest in the business and property is high.

“I was already receiving calls, texts and emails before the news even hit,” Hughes said. “There has been a lot of activity, and I feel very good about it.”

Perly’s owner Gray Wyatt owns the 2,800-square-foot restaurant building, according to city records. It was most recently assessed at $333,000 and was built in 1930.

The listing of the property was first reported Wednesday by the Richmond Times-Dispatch.

A popular breakfast and lunch spot, Perly’s closed Sept. 5. Would-be diners were greeted that day by an apology from owner Gray Wyatt.

“To my dear friends, Perlys has hit a rough patch. I am hoping to sort it out but must close for now,” a note taped to the window read. “So sorry, Gray.”

Wyatt posted more of an explanation on the restaurant’s Facebook page later that day.

“The simple fact is that expenses have exceeded revenue to the point I can’t continue,” Wyatt said in the post. “I know I am disappointing a lot of people but frankly my options have been exhausted. And I am too.

Perly’s had been in business for more than 50 years. Wyatt has owned it for almost 30 years.

If expenses outweigh revenues then maybe a price hike was in order? Two people can go and eat lunch there for under $15.

I’ve been a fan of Perly’s for years! LOVE a breakfast there and used to live on that same block. What a shame to see it closed. I no longer live in Richmond, but frequented back there during regular visits. We will miss you Perly’s!
Diane 🙂