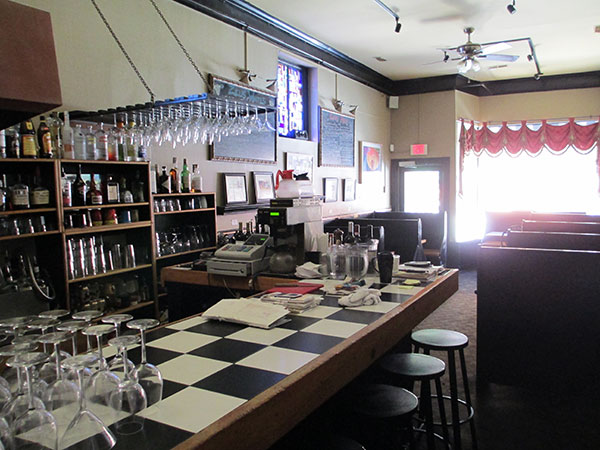 Zeus Gallery Cafe and its building are for sale. (Photos by Michael Thompson)

Another established Richmond restaurant is up for grabs.

Zeus Gallery Cafe and its building at 201 N. Belmont Ave. were put up for sale last week. Owner Ted Doll said that the Museum District business is thriving but that, after two decades of operating the eatery, he is looking for a change.

“I’ve been very lucky and have gotten everything I can out of this,” Doll said. “At this point, I am interested in growing something rather than maintaining it.” 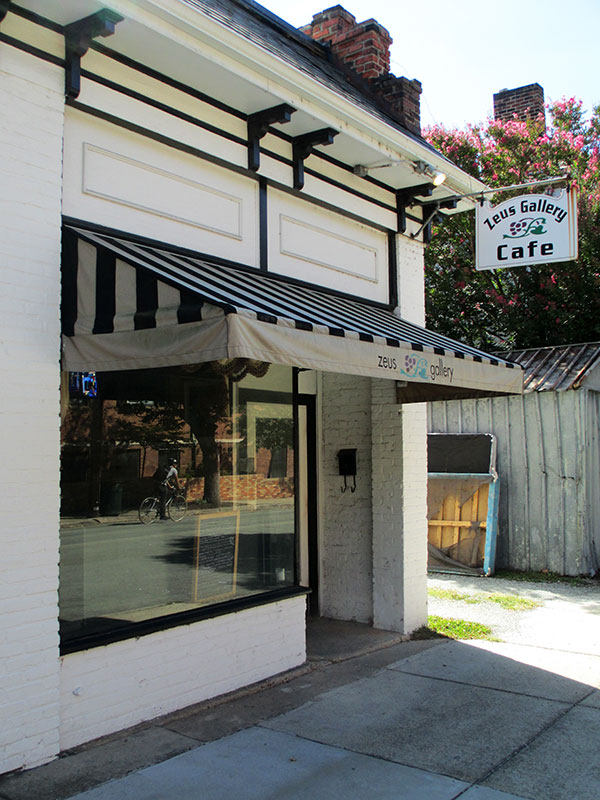 Zeus will remain open while it is on the market, Doll said he hopes new owners keep the Zeus Cafe brand.

“I’ve weathered two recessions. We have a great customer base, with customers who come in here once a week and twice a week,” said Doll, who bought the restaurant in 1995 after managing it for a year. He bought the building in 2003.

Blake Poore of Joyner Fine Properties is brokering the sale and said the goal is to sell the business and the building together.

Zeus will have some company on the market. Longtime downtown breakfast and lunch spot Perly’s is for sale after its owner this month closed the 50-year-old restaurant. Fan restaurants Boo’s Brown Bag, Peacock’s Pantry and Crossroads Cafe all went up for sale in August.

With real estate prices steady in the Museum District, the timing of the sale could prove a boon for Doll.

“Both the Fan and the Museum District are hot areas,” said Nathan Hughes, a broker with Bandazian & Holden who handles restaurant and retail leasing in the area. “The prices aren’t necessarily going up, but, because you can’t really build anymore in the Museum District, investment properties tend to go for more than you might expect.”

Doll said he plans to parlay his experience working in finance in New York in the 1990s and relationships built with customers during his tenure at Zeus into a new career.

“I’d like to get a job in the financial industry doing analyst work,” Doll said. “My experience as a small-business owner enables me to look at a company’s operations and be able to advise them.”

Check averages at Zeus have historically been $40 to $45, Doll said, although there has been a slight drop since the recession. The cafe gets about 20 diners on weeknights and 80 on weekend evenings.

“This is a nut you can crack,” Doll said. “The business is priced well below book value, and someone coming in could easily make their money back within two years.”

“It’s not an easy line of work, but it’s rewarding. I am at peace with the timing of all this. I have kids and will be able to see them more,” Doll said. “Twenty years is a hard record to match.”