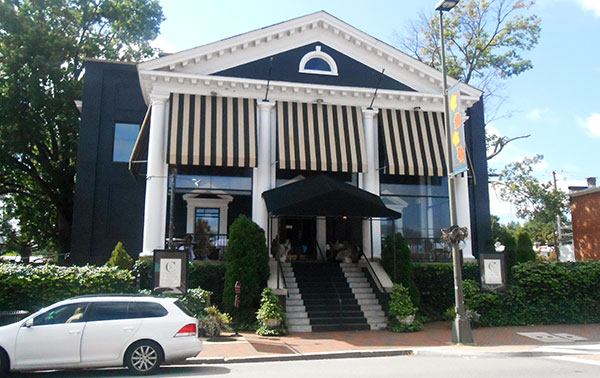 Some prime Carytown retail space is for sale as a longtime boutique owner has decided to hang it up.

Annette Olsen, 65, plans to close her Annette Dean Women’s Wear boutique at 3325 W. Cary St. early next year. Olsen’s shop will vacate 3,800 square feet, and the entire 9,500-square-foot building, which houses two additional retailers and a restaurant, is on the market for $3 million.

Olsen co-owns the building, which formerly housed the Calvary Baptist Church, with Martin Rubenstein of Martin Interiors and Karina Slaughter of Karina’s Salon. Those shops are also in the building, along with C Street Cafe.

The owner group, acting as 3325 Associates, bought the property in 1990 from Calvary Baptist. They paid $404,000 for the building, according to city records. 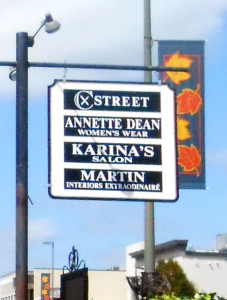 Annette Dean is set to close.

“The day it came on the market, we jumped on it,” Olsen said.

As the property hits the market again, 23 years later, Olsen is preparing to end Annette Dean’s 35-year-run in Richmond.

Olsen was born in the Netherlands and moved to Richmond in 1973. In 1978, she opened her first Annette Dean shop in Shockoe Slip. The business expanded in the 1980s, adding locations in Williamsburg and Alexandria. Both of those locations have since closed.

“When I was in my 40s, I had four stores, and it took an enormous amount of energy,” she said. “When you get older, you don’t have all that energy. It just disappears. To make my life easier, I closed the shops.”

Rubenstein, Slaughter and Olsen each brought their businesses to 3325 W. Cary St. in 1992, after a two-year renovation at the site. Olsen closed her Shockoe Slip location after moving into the Cary Street boutique.

The original location in the Slip was “wonderful,” Olsen said, but problems with parking prompted her to relocate.

“I paid so many parking tickets for my customers,” she said. “I didn’t like to, but it’s a service that you provide.”

Barry Hofheimer, a broker handling the listing for CBRE | Richmond, listed onsite, off-street parking as an amenity that sets the 3325 W. Cary St. property apart from most Carytown retail spaces. He also mentioned a landscaped courtyard and the 70-year-old former church building’s history as draws for potential buyers.

“Most local retail brokers are aware of how unique the property is,” he said.

Rubenstein, Slaughter and the C Street Cafe plan to stay put as tenants under a new owner. No formal leases are in place for the building, however, and Olsen said the firms are open to relocating should a buyer have other plans for the space. Rubenstein and Slaughter could not be reached by press time.

Hofheimer said market rate for retail space in Carytown is slightly below $30 per square foot.