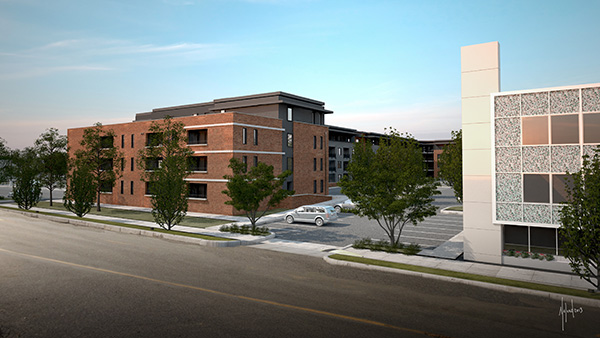 A rendering of the planned Preserve at Scott’s Addition. (Images courtesy of Spy Rock Real Estate)

Richmond-based Spy Rock Real Estate received a positive recommendation from the city’s planning commission on a proposed 194-unit, $30 million apartment project at the former Coca-Cola bottling plant on Roseneath Road. Its next step is to go before City Council on Oct. 14.

The Preserve at Scott’s Addition, as the project is called, will include a historic tax-credit renovation and a new apartment building at 1310 Roseneath Road. Spy Rock principal Andrew Basham said the new construction will make the project stand out from a slew of conversion projects the neighborhood has seen in recent years.

“I think we have seen where we built new construction in Shockoe Bottom that people responded very positively to that option,” he said. “Not everybody wants to live in a warehouse.”

Spy Rock is under contract to purchase the 4.5-acre site from an entity controlled by local developer David Dagenhart. The firm is seeking a special-use permit on the site. 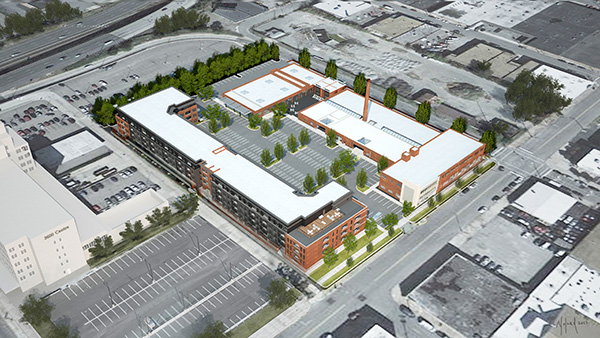 The planned complex would total about 200,000 square feet.

Basham hopes to break ground by the end of the year and expects 15 months of construction.

Spy Rock has yet to settle on a general contractor or a lender. Basham said he anticipates paying for 20 percent of the construction with equity and financing the rest with a construction loan. Architecture Design Office designed the development’s conversion project, and Cox Kliewer & Company were the architects for the new building.

Plans call for apartments ranging from 685 to 1,200 square feet and renting for between $750 and $1,500 per month. The two buildings would total about 200,000 square feet and include a single commercial space into which Spy Rock plans to move its corporate office.

Spy Rock is joining a multi-family construction boom in Scott’s Addition, which is scheduled to bring more than 600 new units online by early 2015. Developer Jerry Peters has 94 apartments on Moore Street set to open next summer.

Thalhimer Realty Partners in July purchased an industrial building at 3200 Clay St. with plans for a historic tax-credit conversion. Louis Salomonsky plans to begin work this month on a two-building, 132-unit project at Norfolk and Summit streets.

And Rebkee is working on 178 units at the former Interbake cookie factory across Boulevard.

Basham doesn’t think the apartment market in Scott’s Addition is oversaturated, however, and sees the industrial neighborhood as a small part of a larger submarket that includes the Museum District and the Fan.

“By our calculations, there is somewhere north of 5,000 apartment units in midtown,” he said. “I think it’s a little bit of a misconception that there’s a ton of new product relative to the existing number of units in this midtown market.”

Spy Rock’s proposal will go to Richmond City Council for final approval at next Monday’s meeting. The agenda will also include special-use permit applications for a 22-unit apartment conversion at Church Hill’s East End Theater. That project also received a positive recommendation Monday.

The Preserve at Scott’s Addition will be the largest Richmond area project Spy Rock has undertaken. The firm, founded in 2009 by Basham and Taylor William, both University of Virginia graduates, also developed 75 units at 20th and East Broad streets in Shockoe Bottom. It has more than 300 units under construction in the Virginia Beach area.

Great job Spy Rock and good luck at the council meeting next week!