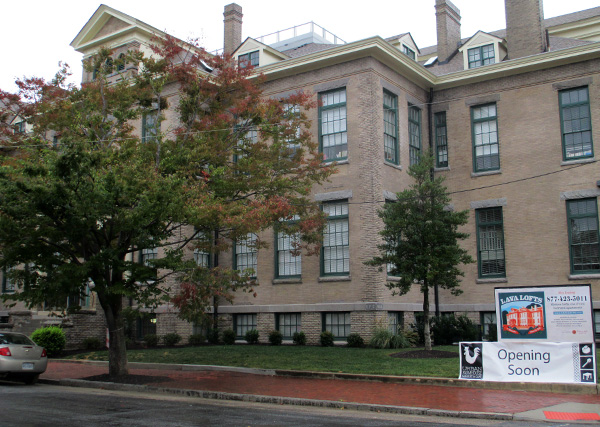 Urban Farmhouse leased space on the ground floor of the Lava Lofts. (Photo by Michael Thompson)

After going suburban for its second location, Urban Farmhouse is back in the city for its third.

The cafe that started more than three years ago in Shockoe Slip is working to open a new location in Church Hill.

Owner Kathleen Richardson is aiming to have the 3,000-square-foot cafe and market open by December.

Richardson said she was sold on the idea of moving into Church Hill after seeing that many of the patrons at the Shockoe Slip location come from Church Hill and that many of her employees live there. Developer Margaret Freund, who owns the Lava Loft building, said residents were looking for a market in the space.

“After listening to her tenants … say what sort of place they’d like to see, they described an Urban Farmhouse,” Richardson said. “It’s a little farther out … but we’re excited be part of the growing neighborhood and excited to be a catalyst [for future development].”

Richardson said the costs for the new store would run more than $250,000. About $130,000 in building permits have been filed for the space since September, according to city records.

An expanded marketplace that sells prepared food will be an important feature of the new space, Richardson said. She is talking to local breweries about developing a special Farmhouse brew to have on tap in the Church Hill location.

As for where the next Urban Farmhouse might appear, Richardson said she is keeping an open mind.

“I’m always looking for those opportunities,” she said. “I would like to see more Farmhouses, but I’m taking it one day at a time. I’m still learning. There’s that saying about entrepreneurship, ‘It takes longer and costs more.’”