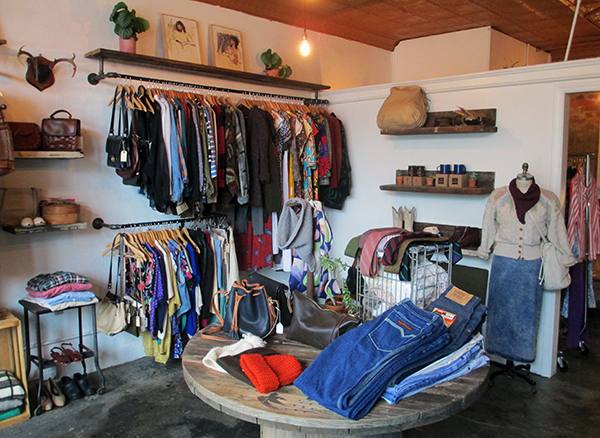 More than a half-dozen entrepreneurs have stitched together a new retail operation on the edge of the Fan.

Addison Handmade & Vintage opened last month at 103 S. Addison St. Mat Shelton-Eide and Lauren O’Connor signed a lease for the 500-square-foot space in June after recruiting five other entrepreneurs to join them in the endeavor. 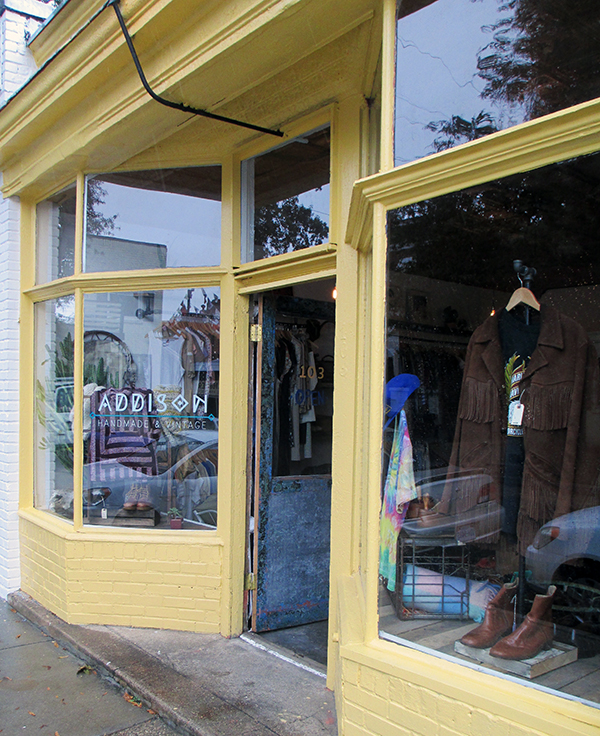 The store sells clothes either made or collected by O’Connor, Shelton-Eide, Ani Darakjian, Harrison Reed, Kate Jennings, Ashley Caruthers and Cody Oliver. Each partner has a designated area inside the shop, and the rent is split six ways, O’Connor said.

“We each have our own section and [items] that we curate,” O’Connor said. “It gives us a sense of individuality in our own brand.”

Shelton-Eide estimated that it took about $5,000 to launch the store and said that they got the store ready on a “shoestring budget.” Just $12 in building permits have been filed since July.

The idea for the co-op-style store came about because the group of friends had thought about opening stores individually but never had enough capital.

Shelton-Eide, a self-described “serial entrepreneur” and founder of VCURamNation.com, suggested they all go in on a store together. While driving around one day in June, he spotted a sign at the location on Addison saying it was available. He checked in to make sure everyone was on board and signed the lease along with O’Connor within three days.

With six other people involved, O’Connor said, “overhead is low and risk is low.”

The owners have the advantage of having their products available to the public six days a week while only having to be at the store for one, Shelton-Eide said.

“We know it’s tough to work with a large group, but we vote on everything,” Shelton-Eide said. “It’s kind of a great social experiment.”