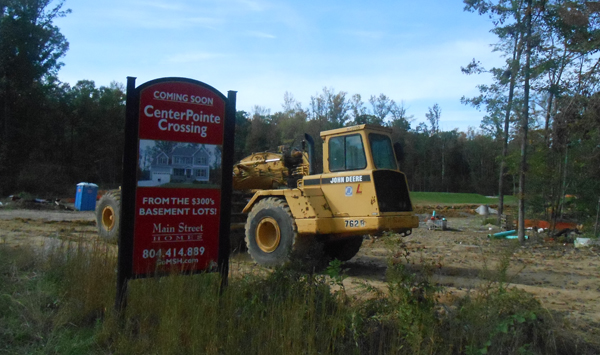 A section of Centerpointe being developed by Main Street Homes. (photo by Burl Rolett)

The massive property known as CenterPointe was supposed to have been the Innsbrook of Chesterfield.

In the late 1980s, developers had plans for a sprawling office park on 700 acres at the interchange of state routes 288 and 76. But the project never took root. In the early 1990s, Bill Goodwin, a local businessman and chief executive of the Riverstone Group, bought the land that encompasses CenterPointe.

Bon Secours St. Francis Medical Center was built on the land in 2005. A new orthopedic center is under construction, and the Memory Center, an Alzheimer’s care facility, is under contract for a 35,000-square-foot center.

Residential development has heated up as Eagle Construction has 75 lots in the construction and sales phase. Site work is underway at another subdivision where Main Street Homes will build 81 homes, and Riverstone is bidding out a third single-family subdivision.

Riverstone, which operates as part of Goodwin’s CCA Industries and is headquartered in One James Center, hopes the residential portion will drive more than 445 acres of eventual commercial development, including more office space and a planned regional mall.

BizSense caught up with Riverstone principals Jeff Galanti and Christopher Corrada at the site of CenterPointe to discuss their plans for the expansive mixed-use development. 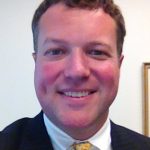 RBS: Riverstone has had this land for more than two decades. Why has all the development just started within the past few years?

Jeff Galanti: It’s been fairly dormant – not because it shouldn’t be developed, but because it’s just been on the backburner. It’s kind of been waiting for growth to surround it. Now it’s at the point where it truly is a center point.

Bon Secours drove the development at St. Francis. They wanted to be here because of the transportation network. We’ve kind of been attacking the outside residential rings of the property now. The improving housing market sort of drove our ability to do the residential portion. 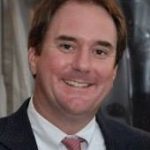 Richmond BizSense: Proffers [a county tax on new residential units] have been a big topic of discussion surrounding development in Chesterfield. Yet Riverstone has a developer signed on for a large-scale apartment complex here at CenterPointe. How has the company been able to push ahead despite the $18,000-per-door charge?

Christopher Corrada: With the numbers that we talk about with developers on these sites, if we had the full cash proffers that are here in Chesterfield, the developments wouldn’t be viable.

The good news is CenterPointe was zoned in the late ’80s by the original owners. The proffers didn’t exist then. It was going to be sort of a Southside Innsbrook, but there just wasn’t the need for 700 acres of office in the late ’80s in Chesterfield County. But the nice part is it’s kind of a wide-open zoning case. It can be retail, it can be restaurants, it can be hotels.

RBS: With two single-family projects at work and another on the way, plus a large apartment project, you could be looking at up to about 900 new residences. What will draw people to Chesterfield to fill these homes?

RBS: With a wealth of undeveloped land, what is your long-term vision for CenterPointe?

CC: CenterPointe one day wants to be the Short Pump of Chesterfield. There’s not a need for a new mall now, but when there is, that’s where it will go. You just don’t see tracts of land that big at intersections anywhere, because they get developed.

This place is bursting at the seams with people. There are thousands of bedrooms in these areas that would love a shopping option that doesn’t involve getting on Hull Street Road or the Midlothian Turnpike. 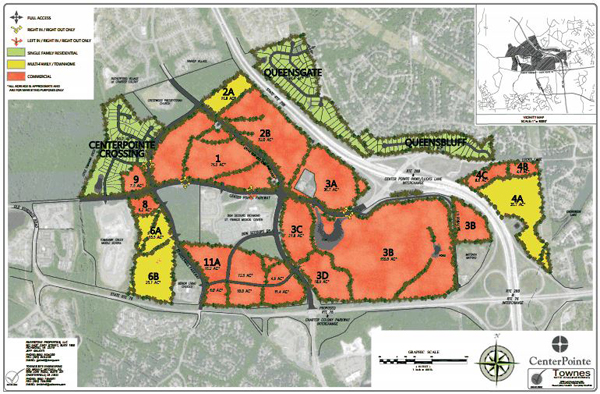 As the owners of the CenterPointe Office Building, Acclaim CenterPointe, LLC is pleased to see the additional development. We are particularly hopeful that this will lead to retail development to provide our tenants with additional lunch options. Separately, between these new residential development projects and the recent additions of ZipRealty, Inc., First Home Mortgage Corp, and First Title & Escrow to the CenterPointe Office Building, we can say with confidence that the Chesterfield County real estate market is doing quite well.

What a great addition to our office complex area. We at ZipRealty have enjoyed our office space within the CenterPointe Office Building and look forward to additional “neighbors” coming to the area.

This is exciting news and yes, as Andrew stated – “Chesterfield County real estate market is doing quite well!”