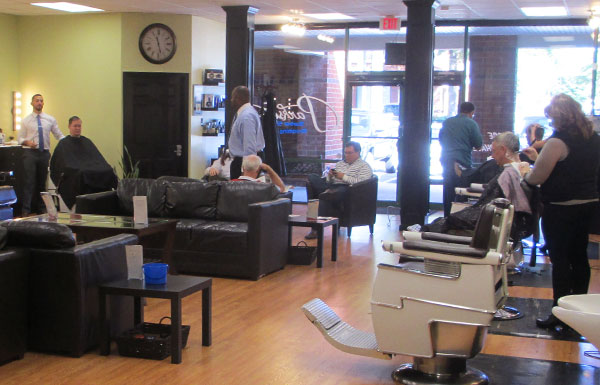 Robert Jones wants his customers to feel like royalty.

Now he has three times the space across from Innsbrook to make it happen.

His Parkside Barber Shop & Grooming Lounge recently expanded to a larger storefront at 10833 W. Broad St. in the Parkside Marketplace, more than tripling its space.

The move gave Jones room for more chairs and services for his 18-year-old business. He had been in smaller shop in the same shopping center since 1995. 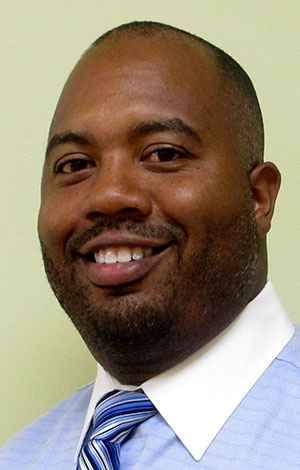 “[I want to] promote a classic place for a man to come relax and basically be treated like a king,” Jones said.

The shop offers haircuts, shaves, shoe maintenance, nail care, massages and waxes. A regular haircut costs $20, and a straight razor shave is $25. Clients have their choice of complimentary beer, wine or water to sip on while they wait.

“We want to mix the old-school barbershop with a new-school way of giving a man a place he can feel comfortable,” Jones said.

Jones, 41, has been at it for a while. He started cutting his own hair when he was 13 and honed his skills cutting hair for neighbors and friends before taking on an apprenticeship at a Northside barbershop at 16. After studying business at Virginia State University, Jones opened his first barbershop in 1992 in Dinwiddie County. He opened a second shop in Ettrick, and by 1996 he had sold both locations. He opened the Parkside Barber Shop in May 1995 and signed a five-year lease for the new space this year.

Jones, who cuts hair six days a week and trains each barber, said it took about $150,000 to outfit the new location. The space had formerly been a martial arts studio, Jones said. He said construction took about three months.

The shop has six barbers, a massage therapist, a “shoe shine technician” and three receptionists.

Although Parkside Barber Shop & Grooming Lounge caters largely to men, Jones said the shop has a number of female clients and is family-friendly.

“This is like the United Nations,” Jones said. “We accept everyone.” 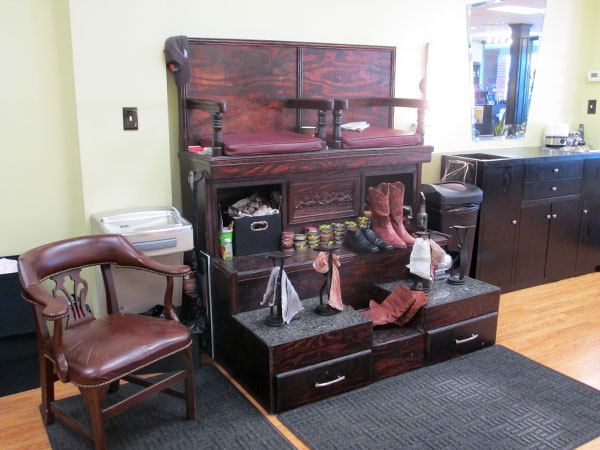 Robert has a fantastic space with an even better staff! We’ve always been very happy with the great and fun experience at his Innsbrook location. Way to go, Robert!!

Terrific profile on this local entrepreneur bringing back the classic men’s barbershop with an updated twist. This is an unique space with a great full-service menu including shoe shine, massage and shaves. Guys looking for a great grooming experience that doesn’t feel like your girlfriend’s salon will truly enjoy Parkside.