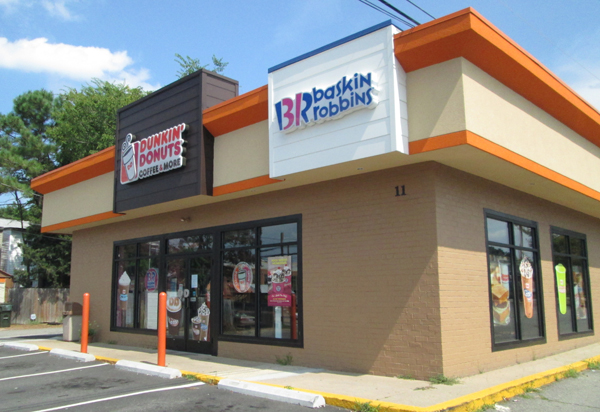 Shuttered since September as a result of a legal battle, four local Dunkin’ Donuts shops are reopening under new management.

The franchise rights to Dunkin’ stores at 9225 Atlee Road in Mechanicsville, 4417 W. Hundred Road in Chester and 11556 Busy St. just off Midlothian Turnpike, plus a combination Dunkin’ Donuts/Baskin-Robbins store at 11 S. Nansemond St. in Carytown were purchased in November by Charlottesville resident Andy Rod.

The Mechanicsville store reopened Saturday, Rod said. The Chester store is set to open today, Busy Street is expected to open Dec. 7, and the Carytown location should re-launch next week.

Along with some family members, Rod owns another five Dunkin’ shops around Charlottesville and Roanoke. He took hold of the Richmond stores shortly after a settlement ended the eight-month federal lawsuit between Dunkin’ corporate and the previous franchise owners of the local shops – a string of LLCs all tied to CDG Virginia. The two sides had been stuck in a stalemate over franchise and lease fees.

“We always wanted to buy them, but things between CDG and Dunkin’ had to run their course before we were able to do that,” Rod said.

Rod referred questions on the terms of the deal to Dunkin’. The company did not respond to several questions by press time.

The Richmond stores are familiar territory for Rod. He previously worked with both sides in trying to manage the stores, although he and his partners were not party to the lawsuit.

“We had been involved with both parties. We made it very clear we wanted to be the guys to buy them,” Rod said. “It was sort of a natural. We knew the stores, we knew the team.”

Three other local Dunkin’ stores that shut down voluntarily in March as a result of the dispute remain closed. Those include Dunkin’ shops at 5400 Jefferson Davis Ave., 15740 Woods Edge Road in Colonial Heights and 3990 E. Williamsburg Road in Sandston. Rod did not purchase rights to those locations, he said. 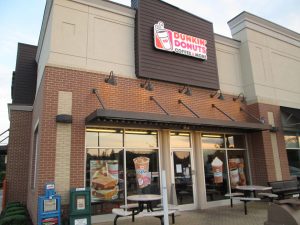 The Atlee Road store in the Rutland Commons shopping center.

A New Jersey native, Rod came to Charlottesville in the late 1990s. He opened his first Dunkin’ store there in 2008, he said.

After closing the deal for the local franchises, his first order of business in Richmond was to shore up relations with the closed stores’ employees.

“Almost every employee from those four stores is coming back,” he said.

Now comes the task of spreading the word that the shops are once again open after a three-month absence and getting loyal customers back in the door. Regulars fuel the businesses, he said.

“I’m sure that we’re going to have to talk to our guests and apologize for disappointing them,” he said. “It’s amazing the passion people have for these brands.”

In the meantime, the key to some customers’ hearts could come in the shape of free stuff.

A complimentary medium coffee will be offered to customers at the Mechanicsville shop today. Similar promotions will be seen at the Carytown and Busy Street stores.