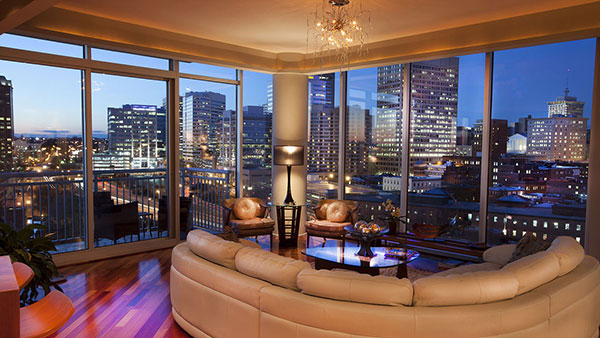 Action on Richmond’s high-end condos is heating up as temperatures turn colder.

After more than a year on the market, the downtown condo previously inhabited by a Hollywood heavyweight has a new owner. And just east down the James, a penthouse condo is testing the waters with a hefty price tag.

When listing their 2,600-square-foot condo on the 15th floor at the Vistas on the James, Bob Scudder and Dougie Bowman had a selling point few can boast: Steven Spielberg and his wife, actress Kate Capshaw, lived there for about four months while Spielberg was directing “Lincoln” in Richmond in 2011. 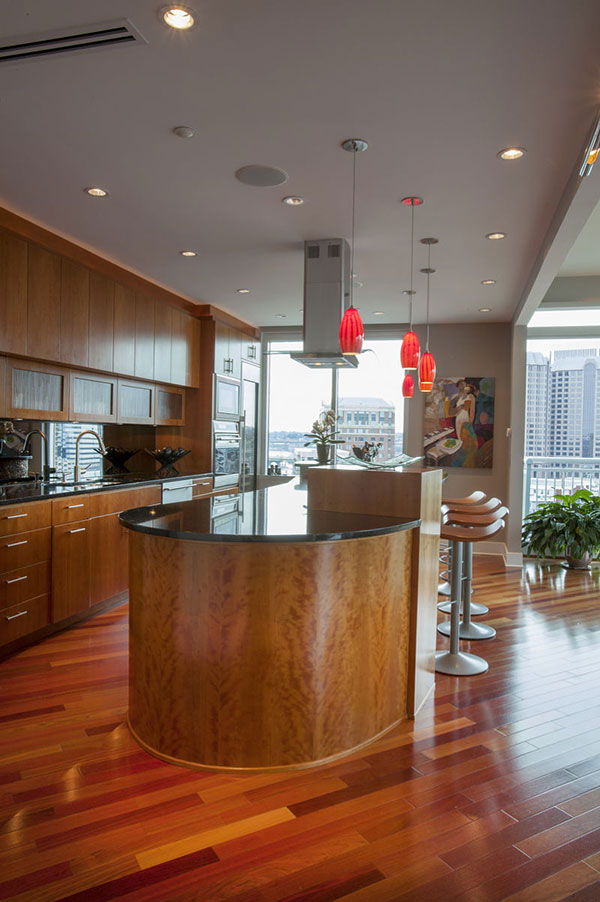 The condo features a contemporary kitchen.

The property recently fetched $1.2 million in a deal that closed in late October.

Andrea Levine of One South Realty represented the sellers. Carlos Lauranzon of Carlos and Company Realty in Hanover County represented the buyers, although he said the Spielberg angle wasn’t as important to his clients. They loved the home’s design and its city view.

“You don’t have a lot of $1 million-plus buyers on condos,” Lauranzon said.

The condo – really two units made into one – has two bedrooms and 2.5 baths and views of the state capitol and the James River. Scudder and Bowman bought the space at 301 Virginia St. in 2007 for about $950,000, Scudder said. They gutted it and hired Johannas Design and People’s Choice Builders for the renovations, which cost $250,000 to $300,000 and took 10 months to complete.

Bowman recalled that phone call the couple received when the Virginia Film Office was trying to find a place for Spielberg to stay in Richmond. Scudder had done some work with the film office, and his condo stuck in their minds.

“Bob yelled out, ‘Hey, Dougie, can Steven Spielberg stay here?’ and I said, ‘Oh, sure,’ thinking it’s a joke,” she said.

The Richmond husband and wife moved into another condo nearby during Spielberg’s stay.

“We’re retired,” Bowman said. “We can have adventures.”

Levine said that she had the property on the market for several months and that another agent had it for a year or so before that. It was purchased by Richard and Susan Combs of Goochland County, according to city records.

The property was previously listed at $1.29 million. Counting both units, it was most recently assessed at $1.18 million, city records said. 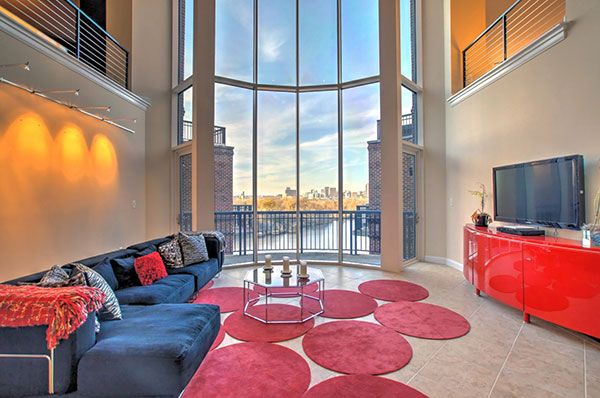 Just down the river and further up the price spectrum, a condo at Rocketts Landing went on the market this month with an asking price of $2.35 million.

The 4,560-square-foot penthouse, which comes fully furnished, is unit 609 at 4820 Old Main St. Tiffany Hite Stevens, an agent with Keller Williams Realty on West Broad Street, has the listing.

“This is a very unique property to Richmond,” Stevens said. “We don’t have that many penthouses for sale.”

They set the $2.35 million price based on the price-per-square-foot of similar condos recently sold, including the Scudder/ Bowman property, she said.

“There’s no expense spared when you work with Todd Yoggi,” she said.

The four-bedroom, 3.5-bath condo includes access to a private marina on the James.

The penthouse is just inside the Henrico County line, although Stevens said it has great city views. 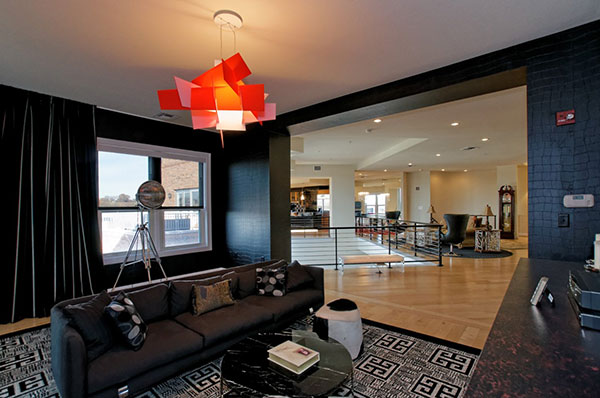 Inside the four-bedroom, 3.5-bath condo.